DevTest and DevOps for IaaS solutions

Infrastructure as a service (IaaS) is a form of cloud computing that provides virtualized computing resources. Development testing (DevTest) is a software development approach that integrates testing early in the development phase. In this solution, configuring DevTest operations for an IaaS application reduces the cost and overhead of development and test environments, while facilitating faster development through automated virtual machine (VM) and VM image integration and deployment.

DevOps is a set of practices that combine software development and IT operations to shorten the development cycle and provide high-quality continuous deployments (CD). Using Azure DevOps with DevTest environments lends power and focus to the IaaS development process. 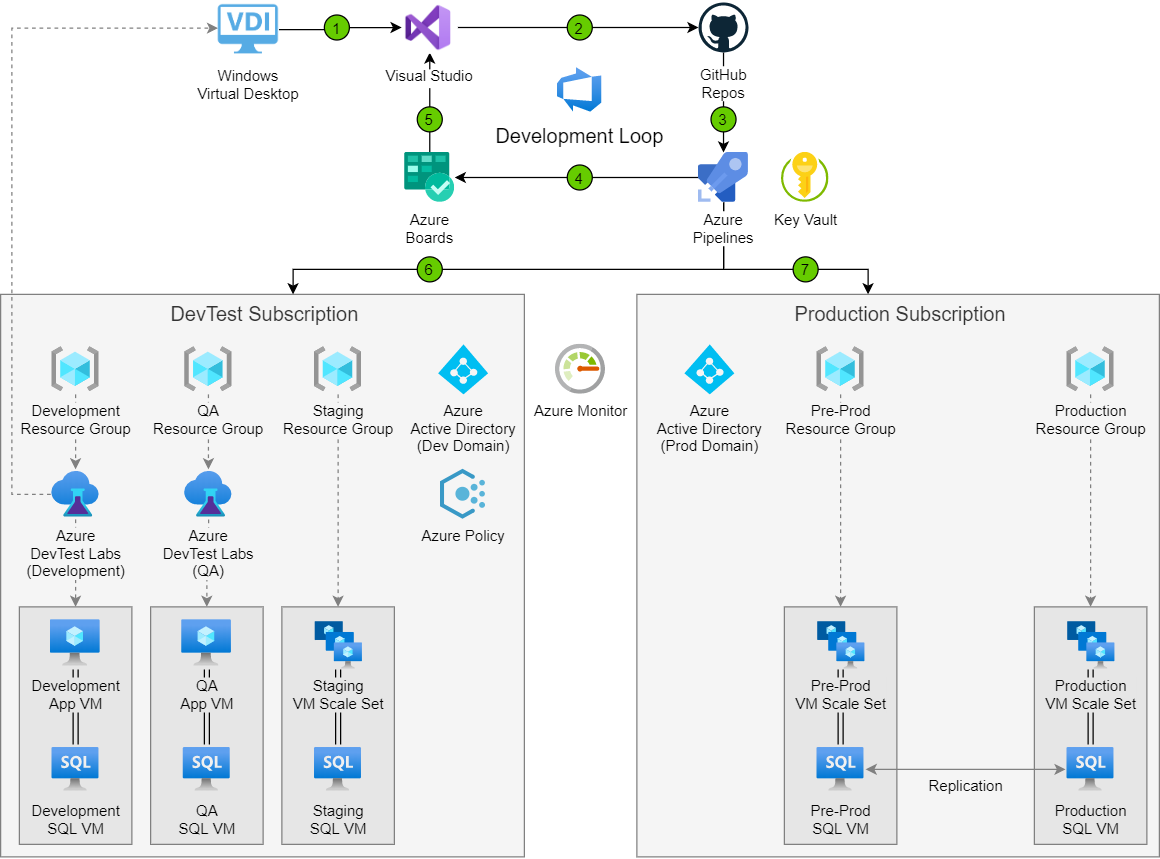 This scenario uses a separate DevTest and Production Azure Active Directory (Azure AD) per subscription to create a distinct separation of concerns. To meet compliance requirements, the Production subscription's Azure AD might need to include a smaller cross section of users than the DevTest Azure AD.

Azure Monitor works across subscriptions to monitor VMs in both the Production and DevTest environments.

In situations where VM Image Builder and a Shared Image Gallery don't work, you can set up an image factory to build VM images from the CI/CD pipeline and distribute them automatically to any Azure DevTest Labs registered to those images. For more information, see Run an image factory from Azure DevOps.