Sunday morning, some place in south Seattle. The nearest open Starbucks was around 10 miles away last night, but I made the trip anyway with another coffee die-hard Tara Hunt. Venti Latte was good after a dense day of discussion, debate and discovery at the Seattle Mind Camp.

My favourite session yesterday was led by Chris Pirillo on RSS, OPML, but managed to get some time in just with Chris on the subject of OPML (my apologies, I'm kind of hooked on OPML - so you'll have to excuse me).

Also had chance to chat with some other v.interesting people - Buzz Bruggeman, Jeff Barr, John Musser, James Prudente, Jack William Bell, Dave Olson, Jay Stewart (of the Clubside Breakfast Time podcast show). Robert Scoble made it too. Am maintaning the Seattle Mind Camp OPML file so you should be able to subscribe to these and more...

Big thanks to Andru Edwards for organising a very cool event. If there is another I'm going (if invited:-). 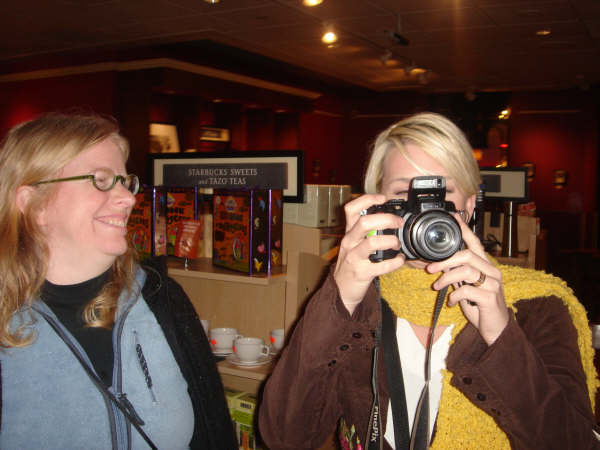