I've been a subscriber of TIME magazine for as long as I can remember. There isn't a spot in my shoebox-apartment where you wont find a TIME magazine lying around. Historically, TIME's annual 'person/people of the year' edition has been the thickest and juiciest one. I suppose I've found TIME's POY picks to be fairly in tune with what I'd expected over the years. I mean, you'd pick up the magazine and you'd go, 'hmm, that makes sense [for them to be the POY]'. For example, last year's POY were Bill and Melinda G, and Bono. They couldn't have picked better POY. But I think TIME got a little carried away by the 'GooTube' momentum towards the end of 2006, and they voted YOU (you, me, everyone) as TIME's POY. So basically that makes anyone who can can use a computer to get on to the internet and use YouTube to watch and/or upload videos...

So, "let me paint this picture for you"... what I'm going to do is talk about who my POY for 2006 are. These are people who I know will make a difference in the world, someday. They've already established themselves, and I'm willing to bet good money that some of these guys are going to be TIME's POY in the near future.

(Disclaimer : this is based on my myopic view of the universe)

Prince meets T.I. Why Justin Timberlake? Because he's revolutionizing music - the one thing that every human on earth has experienced in one way or another. Because you can tell that it flows in 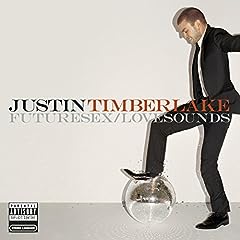 his veins. Because every time he's on stage, you can expect to be seriously entertained (let's forget about SuperBowl XXXVIII for a minute) Because some times, sexy can be brought back and you just need to be reminded. True, while some of his lyrics make absolutely no sense sometimes, the music in his most recent album Future Sex/Love Sounds is just mind-blowing. And you know that he's been working on his voice. The songs in this album don't sound dramatically different from his previous songs, but his voice is very different and mature - mature in a very Prince-like fashion. And, c'mon, I mean the brother's got moves.

I think this day in age, the scope for innovation is fairly limited. Compared to how things were lets say 100 or 200 years ago, when you could create things that people would've never seen or heard of before, stuff like that doesn't quite happen as often. I got pretty excited a couple of years ago when I filed two (software) patents, which were considered 'innovations'. In reality, those patents are pretty miniscule in the grand scheme of things (just corporate leashes, really). I think that if you can put things together, even if it means borrowing concepts, and make something magnificent out of it, something that you know everyone will appreciate or will help people appreciate things that they may not necessarily have been exposed to otherwise (like other kinds of music), then I think you're a star. So, for example, when I first heard, "What Goes Around", I was really impressed, because it's got tastes of Arabic music in it. While I'd agree that JT gets a lot of props because he's, well, JT, I think he is living up to the expectations.

So, here's what I expect JT to do in the next 5-10 years - I'm expecting him be P Diddy-like. Not literally, but I think JT'd make a fantastic producer. Maybe he could do his own rendition of "Making the Band"? Maybe work with international artists?

I hope I'm not violating any copyright blah by doing this, but if you haven't already, you want to watch "What Goes Around" (warning : fairly R-rated video I'd think, but then again if you're already on the internet...) :