Wow, what a busy last few weeks (months for many of us) as we prepped and delivered a couple huge events with BUILD and Ignite. I had the pleasure of being involved with the planning around our .NET content and community event at BUILD and I also got to get up on stage with my manager for the first time and deliver a foundational (read: Overview/What’s New) session at Ignite.

I thought I’d write up my thoughts on my experience at both conferences as well as point out some of my favorite sessions and helpful links along the way. 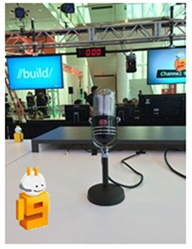 There were a lot of great announcements, downloads, and more OSS goodness at //BUILD this year. Like:

I noticed attendees were excited about the direction of .NET and being open source and were generally familiar with our prior announcements and posts on the .NET Team Blog. They were looking at the next level: how the projects were coming along and how to get involved. Common questions I got were…

I also got to do a Channel 9 “Live” interview on the .NET Foundation. I’ve done so many recording where I’m the interviewer, it was fun being the interviewee this time. VERY classy, professional production. And Seth Juarez, the new Channel 9 host, was AWESOME. I was up there with Jay Schmelzer, Immo Landwerth and Martin Woodward (also on the .NET Team with me). Jay is also the President of the .NET Foundation, Immo is on the Advisory Council and project lead for CoreFx and Martin is the Executive Director of the .NET Foundation. I’m officially the “secretary” but I rather call myself the Technical Evangelist :-). 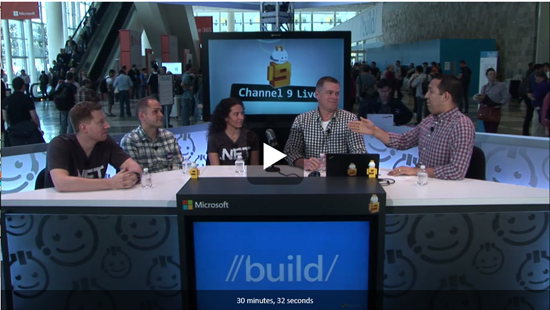 There were also a TON more .NET related sessions at BUILD. Check out them all here.

The goal of this event was to speak to the local community as an evening (i.e. after work) free user group presentation & social event, utilizing speakers & experts that were at BUILD. We partnered with the local field evangelism team that helped book an amazing venue. Our message centered on .NET innovations + cross-plat + OSS to educate and energize the local community about .NET and the .NET Foundation.

Speakers were divided into four presentations:

The presenters were AWESOME. We had 268 attendees and 90% of them were local SF so that was great to see. Check out some of the tweets: https://twitter.com/search?q=%23AfterHoursAtBuild&src=tyah

Scott and Damian were awesome as always and showed us how to get started with ASP.NET 5 and .NET Core running on Linux. Then they fielded questions for about 20 minutes. Immo and Phil took time to show us how the .NET team is working (successfully) with the community on GitHub. Geoff Norton, our top community contributor, was also really awesome, telling a good, honest story and is a super likable guy. On behalf of the entire team, Immo and Phil thanked him for his amazing contributions.

My personal favorite speaker was Chris Wanstrath CEO of GitHub. He delivered a motivational speech to all those people that were “afraid” of contributing to OSS. He said we’ve all been there, afraid of what people will think of your first contribution, it’s tough out there. It’s our jobs to change that. That really resonated with me. 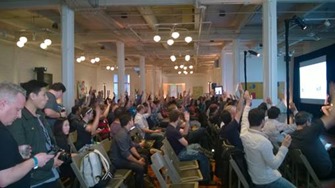 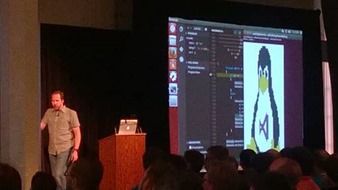 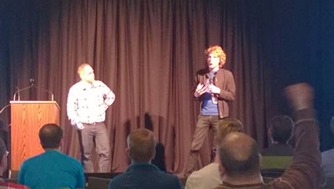 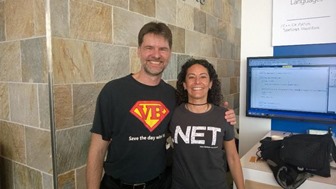 Let me first say that Chicago is my kind of town, baby! We had pretty great weather and I made it out to a Sox game which was fantastic (Cubs were on the road, but I did ride a bike by Wrigley field). Of the 23,000 people there (wow), about 15% were developers.

.NET OSS & Cross-platform support also had a huge interest here and I did a lot of pointing people to our repos. Even VB developers I spoke with were excited to learn that the future of VB.NET is being planned out in the open on the Roslyn repo, and of course I encourage all the VB devs out there to get involved. Please! :-)

Jay and I made a great team on stage. Demos resonated with people and we got great attendance (almost 600 people) and great comments (which is a relief because Jay was reading them too ;)). This was a whirlwind tour of a ton of stuff in on the Microsoft stack, .NET, Visual Studio, including modern mobile and web development across platforms.

Watch: An Overview of the Microsoft Application Platform for Developers and Watch the rest of the Developer-focused sessions here. 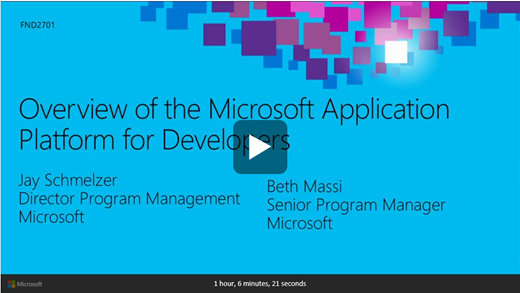 Of course, no trip to another city is complete without baseball. :) 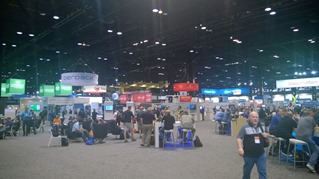 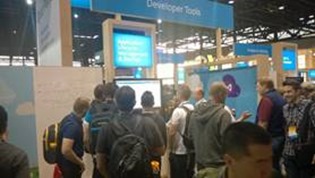 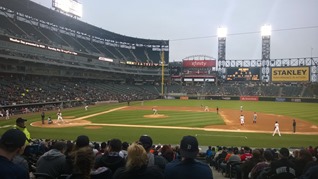 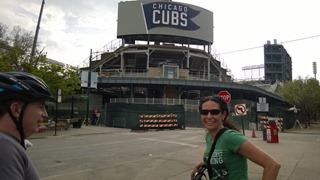 Thank you San Francisco and Chicago, see you next time!