The Korean government tries to start it over again 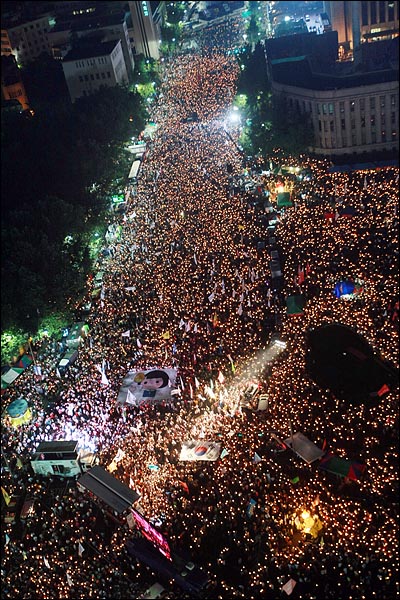 July the 5th was another monumental day. The protest marked the 59th and people participated in the candle protest was estimated four hundred thousand. Government force wasn’t aggressively used (which later the police said there were too many people to block) due to the religious groups. The next 60th day, “the catholic priests’ association for justice” – which felt that the governement has learnt a lesson - made a manifesto declaring the people’s victory and stopped their fasting. 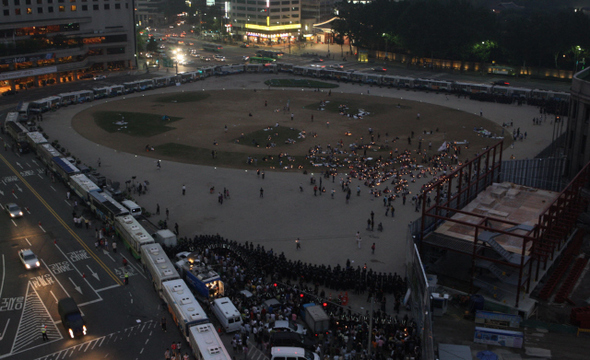 But right after the religious act ended, today, the police began using force and even blocked people from actually gathering from the start. They even restricted normal people from passing by blocking the roads for no reason. The buses in the picture are not the traffic. It’s the barricade that the police has set up to block the city hall square. Nothing changes as expected, just another new strategy to keep their lies.