Will the government go on until someone gets killed?

It’s raining but the protest goes on as the Govenment has ignored and went on forcing the beef policy and today, not like what the press favoring the government is telling(that people are tired and the protest is losing it’s power), over twenty thousand people gathered. As the President announced war after his fake apologies, the police are aggressively using brutal force on innocent people, even firing fire extinguishers on baby carriages. The insane president is wiping Bush’s ass and throwing it right at the faces of the citizen. God, please help our country, our people. 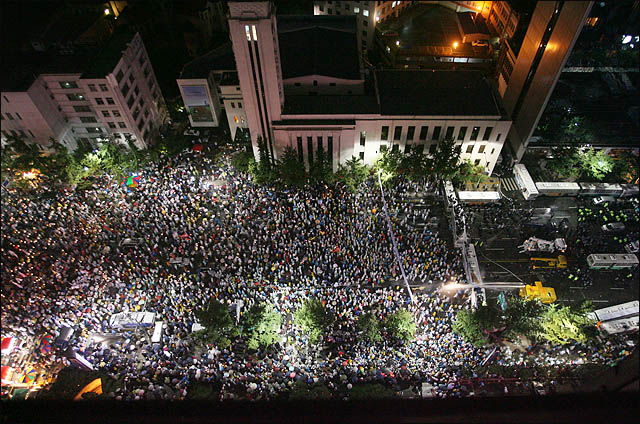 Heard that the emergency rooms in hospitals nearby are said to be pretty full. Reporters, congressmen, and people just passing by…the police doesn’t matter who it is. It’s just hurting anyone in the way, and throwing things randomly.

Update: Videos and Photos from the bloodshed hours.