Step-by-Step: Capture a linux VM Image from a running VM

I was talking with a customer last week and the conversation turned towards using an existing VM as a template from which he could deploy other VMs. and we are not talking about creating a custom Linux VM image and uploading it to Azure.

So, in this post we’ll look at how we capture that image to be used. Next week we’ll use the template to deploy it in a new Resource Group.

in order to capture an image. We first need to prep it. In the Windows world we would SYSPREP it. in this case we will use the Azure Command-Line Interface (CLI) to capture and generalize the Linux VM.

I created a VM in Azure, attached a new data disk to it and in this case installed and Apache Web server on it. to simulate a workload we want to use in our template.

Once I'm done configuring the machine the way i want it, then I’m ready to capture the it.

1- Connect to it using your SSH client. I use Putty.

2- In the SSH window, type the following command.

This command will clean the system and make it ready for reprovisioning. it does that by performing the following tasks:

From another computer with Azure CLI installed, login to your Azure subscription and ensure you’re in the Azure Resource Manager mode by running the following:

The VM can only be imaged when it’s in a Stopped state. so stop it by using the following command:

In this case “rg-client-east1” in the resource group where the VM is located, and ‘'”prvmsnap” is the VM name.

Generalize the VM with the following command:

Now that the VM is deallocated and generalized, we’ll capture the image and generate a local file template. You’ll be using that template to deploy new VMs. We’ll do this with the following command:

This command creates a generalized OS image, using the VHD prefix you specified in the command for the VM disks (in my case “template” is the disk prefix).

The image VHD files get created by default in the same storage account that the original VM just in a new container. For my machine the image was created here: 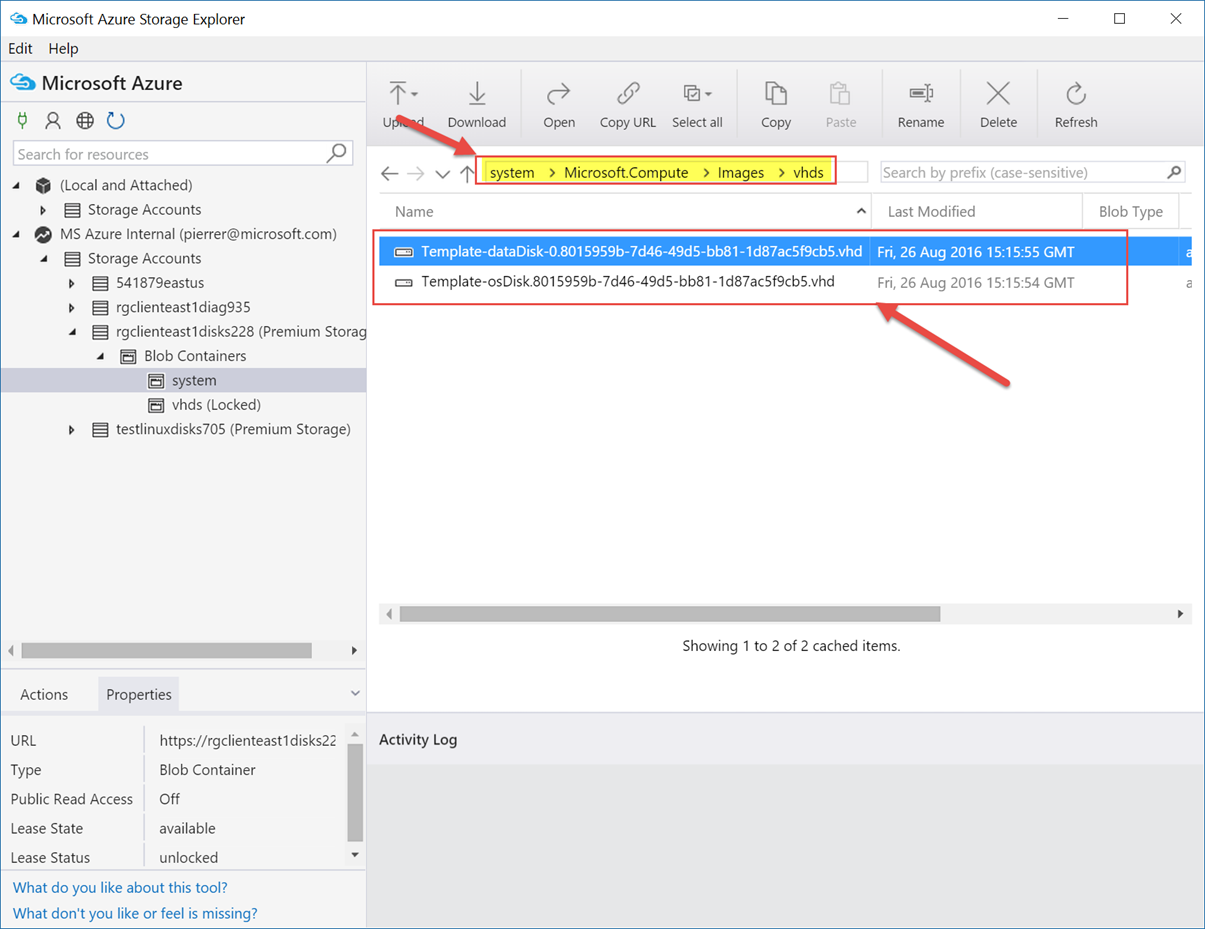 The -t option creates a local JSON file you can use to create a new VM from the image.

I hope this helps. Stay tuned, next week we’ll deploy that template as new VMs.