Getting the Most from Commerce Server on Windows Azure

To help customers get the most out of our newfound support of Windows Azure, we thought it useful to do a comparison of throughput between the currently available Azure instance sizes. To do this, we setup a single box configuration to run the same test - and ran it until the instance was fully utilized.

In terms of pages per second, the spread is 40-170 pages/second. From this metric, one can see that the A3 and A6 instances are middle of the pack and the A4 and A7 also perform comparably as shown in the following graph: 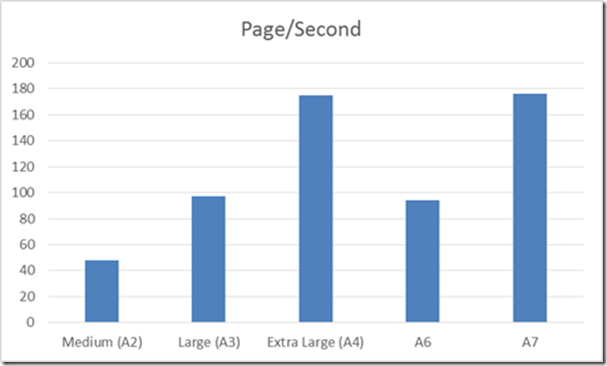 The trend is almost identical when comparing checkouts per second as well, with very similar results with A3 and A6 in the 2 checkouts/second range and the A4 and A7 instances are in the 4.5 range as shown in the following chart: 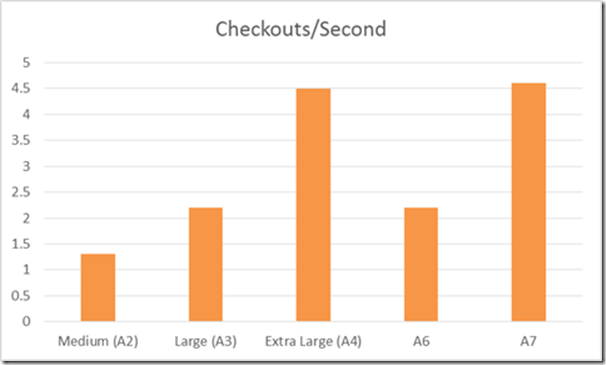 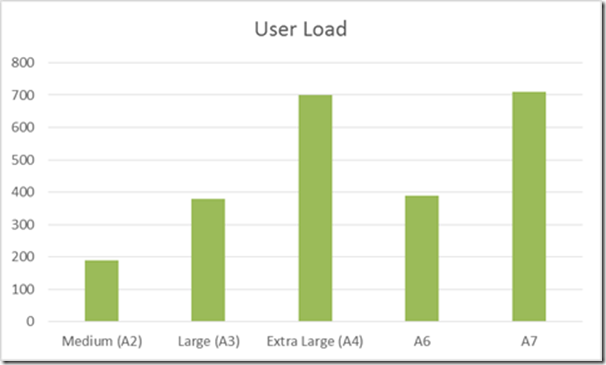 Page time was a different story however, with all being virtually in the same range of 0.25-0.35ms per request:

One can draw a couple of conclusions from this exercise. First, the Medium A2 instance is really the minimum you can use to run Commerce Server in Azure. And it will perform very well within its respective user loads. More interestingly, The A3 instance size is clearly the price and performance winner in terms of the amount of load it can handle within the mid-range. And the A4 is the price performance winner of the larger instance sizes. The only situation where it would make sense to consider an A6 or A7 instance is clearly if the catalog is extremely large and the memory is needed for caching.