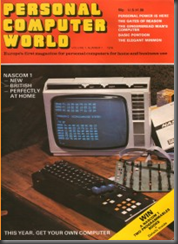 It was only when the September issue of Personal Computer World, or PCW as it it always referred to, failed to drop through the letterbox that I realised that it had ceased publication. A sad day, not only because it was an excellent magazine, but because I have been a regular reader and occasional contributor to the magazine for over two decades!

You can read Personal Computer World magazine: 1978-2009 - An Obituary for a more detailed look back at the magazine and some of the topics it covered.

If you were a regular reader, you can have a nostalgic look at the covers of magazines from bygone days.

I’m a big fan of journalist Guy Kewney and had several discussions over the years with him, and he has an interesting personal perspective on its demise.

Below is the cover of the first PCW I ever bought, August 1980, which still sits on my bookshelf, along with one of my first ever C++ compiler reviews. 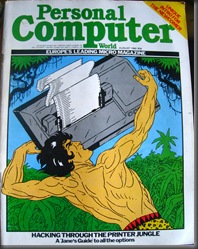 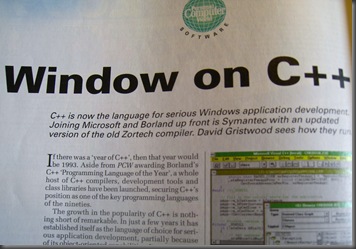