I thought I would post some instructions for trying out my little work item moving utility. Below are some screenshots that lead you through it.

The .ZIP file I posted to Code Gallery should extract into an executable called WTUtil.exe. I used WinZip 10.0 to do the compression, so you may get an 'archive corrupted' error if you are using another version. WIUtil.exe needs the RTM version of Visual Studio Team System 2005 installed; it operates against the Beta 3 Refresh release of Team Foundation Server.

When run, WIUtil.exe looks as shown: 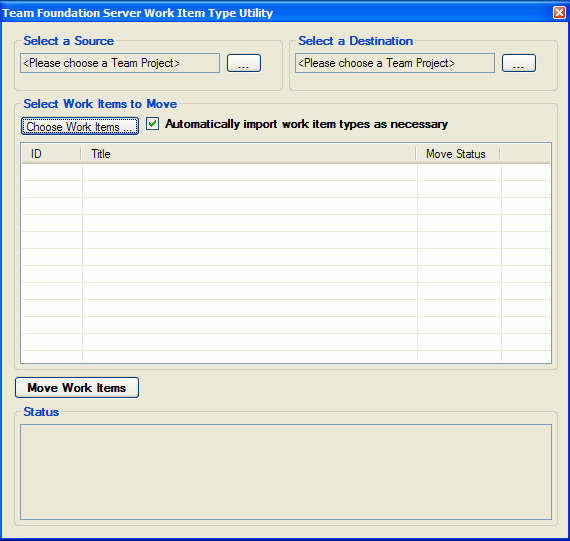 The first thing to do is click on the elipse button as shown below; this lets you choose the Team Project from which you will be moving work items. Do the same for the target Team Project. 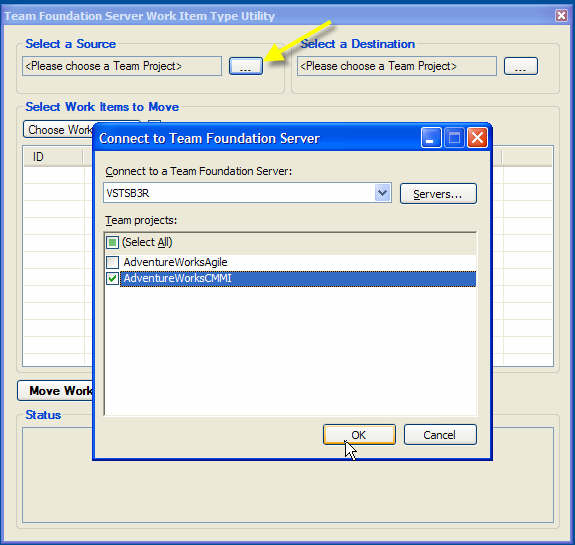 After you've decided where to move your Work Items, press the Choose Work Items button to choose the work items that you want to move. 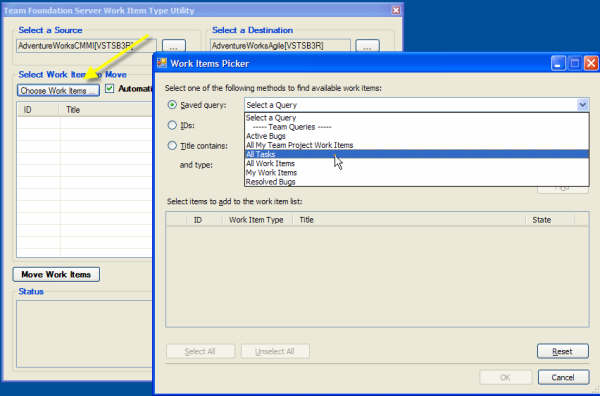 Once you've chose your work items, you can make any final changes by unchecking any work items that you don't want to move. Press the Move Work Items button to do the actual move. WTUtil.exe isn't multi-threaded right now so it doesn't support cancellation and the UI is locked while the work items are being moved. 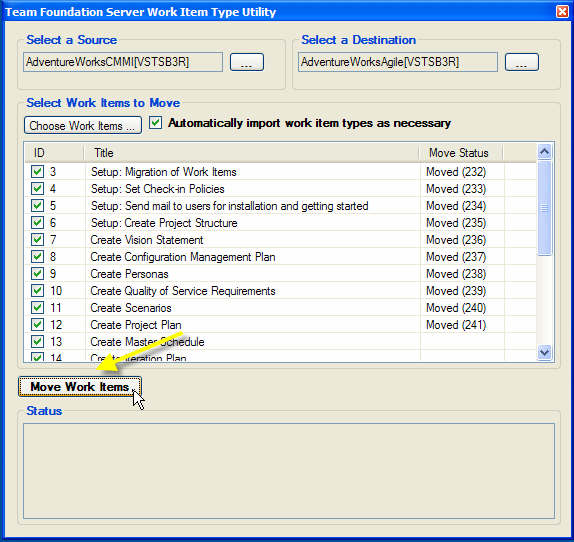 If everything worked, you'll get a success dialog. When you select an item in the list, the status text box will show details about the move - including any fields that could not be transferred over. The work items in your source Team Project will now be set to a state called Moved.

If you run into any bugs, please let me know!