Which w3wp.exe PID corresponds to which application pool ? 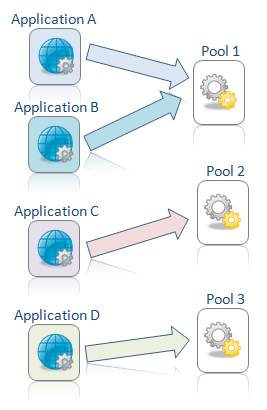 The problem is that when it comes to w3wp.exe processes for the diagram above, there are three of them and just by looking in the task manager there is no easy way to tell them apart. Each instance of a w3wp.exe process has a PID (short for process identifier), but the question is which PID belongs to which application pool.

The easy way to solve this problem was to call a Visual Basic script file that was located in the %windir%\system32\folder. The file was called iisapp.vbs, and the output of this command listed the instances of w3wp.exe present on the system, their PIDs and to which application pool they belonged to.

The Visual Basic script file has been removed. Most of the IIS 6 script files that were dedicated to a single task (like iisapp.vbs) have been integrated into a command line utility that can be used to administer the IIS server as a whole. This utility is called appcmd.exe and it is located in the %windir%\system32\inetsrv\ folder.

CAUTION: to access the tool you must launch the command line prompt with administrator rights, otherwise it will not work. To do this simply right click on a command line short cut and chose 'Run as Administrator' from the context menu. 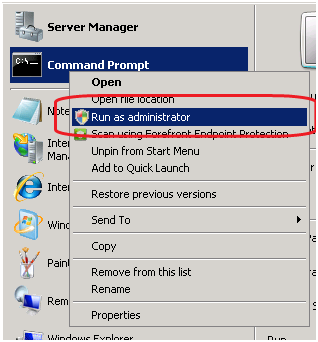 Then navigate to the folder where appcmd is located and run the following command: appcmd list wp – this will list all the instances of the w3wp.exe process (worker process) that are present on your server with their respective PIDs and application pools.

Other nice commands are appcmd list sites and appcmd list appPools to list the web sites that are present on the server and the application pools on your IIS server. For more information about appcmd, you may continue reading this article: Getting Started with AppCmd