I’m a photographer, not a terrorist (or any other kind of bogeyman) 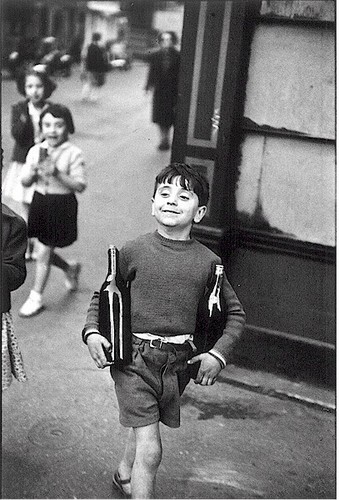 Every now and then in photography forums someone will ask “Do I need a release to publish pictures of someone”, the law varies enormously round the world but English law grants rights to the owner of copyright (the photographer or their employer), and not to people who appear in the pictures. The photographer can publish, exhibit or sell pictures provided nothing improper was done to get them in the first place: deceiving a model, trespassing to get a shot, taking a picture somewhere that conditions of entry meant not taking pictures or waiving the normal rights of a copyright holder, or using a long lens and a step ladder to see someone where they would have an expectation of privacy would all be examples of “improper”. The rule of thumb for photography in a public place is sometimes summarized as “if it shows what anyone else could have seen had they been there, its OK”.

Except it is becoming less and less OK. It used to possible to take photographs of children playing in public if it made a good photo. Photographers won’t do that now for fear of being branded paedophiles. People seem to be unable to tell the difference between making a picture of child having fun and a picture of a child being abused – which is far more likely to be at the hands of someone they know. If someone does not interact with a child in any way then logic says no protective action is needed; yet people have stopped taking pictures because of what others think might be in their head.
But photographers have a newer problem – people are losing the ability to distinguish Tourists from Terrorists. Again there seems to be a fear of what might be (but probably is not) in someone’s head. The number of news stories concerning photographers being prevented from taking pictures has been rising, and it triggered a protest this weekend in London, which I went along to. It was organised via the internet, but only ITN made the pun of such a gathering of photographers being a “flash mob”. I noticed the British Journal of Photography was supporting it – they’ve been around since the days of glass plates and have seen a lot of things come and go, so don’t tend to get worked up over nothing.
Usually these stories concern section 44 of the Terrorism act 2000. Some people were protesting about the act itself , although I see it more as “section 44 is being used far too often on a random basis without any reasoning behind its use” – not my words but Lord Carlile, Government independent reviewer of anti-terrorist legislation quoted by the BBC. If you look up section 44 it says

A list of the authorisations issued would be a draft list of possible targets, so the police don’t publish such a list: however a constable acting under S44 must be able to show they hold the office of constable (Police Community Support Officers, Security Guards and so on have no powers) and that proper authorisation has been given. It would be interesting to see what happened if an officer mentioned section 44 and got the response “You claim to have authorisation issued in the last 28 days by an officer of suitable rank, covering this place. Could you substantiate that claim please.”  It’s my belief that in a lot of cases where an someone claims to be acting in the name of section 44 they either lack the proper authority or exceed the powers it gives them, which are set out in section 45, as follows
The power conferred by an authorisation under section 44(1) or (2) may be exercised only for the purpose of searching for articles of a kind which could be used in connection with terrorism  and Where a constable proposes to search a person or vehicle by virtue of section 44(1) or (2) he may detain the person or vehicle for such time as is reasonably required to permit the search to be carried out at or near the place where the person or vehicle is stopped.

There is no power to demand any personal details or the production of ID – indeed for the time being we are free to go about our business without carrying ID. The power is only to search for items which could be used for terrorism and not to detain a vehicle or person for any longer than reasonable to carry out the search. There is no power to seize photographs or to demand they be deleted.

What is interesting to a photographer is section 58.
It is a defence for a person charged with an offence [of collecting or possessing information likely to be useful to a terrorist] to prove that he had a reasonable excuse for his action or possession.

Train spotters have fallen foul of the act  (seriously, what use would a terror cell have for rolling stock serial numbers – an on-line train timetable would give them all they need) and they have to use their hobby as “reasonable excuse” , just as photographers have to when taking pictures of St Paul’s Cathedral or the Houses of Parliament. (And if you photograph trains well…). Of course there are sites with legitimate bans on photography – the photographer not a terrorist website has a map of them, and you can see just how good a picture Google maps gives of each of them. It does make you wonder why anyone planning an attack would go out with a camera.

None of this post has anything much to do with the normal content of this blog [I’ll post separately on the social media aspect] except that photography having gone mostly digital it is bound up with IT, and anyone who works in technology should be concerned when that technology is used to erode freedoms we take for granted, whether it is governments targeting data held by Google  the planned requirement to provide a National Insurance number when registering to vote – using a single key in many databases makes it so much easier to go on a fishing trip for information – or the national DNA database with it’s pretext that everyone is a potential criminal.  That mentality gave us the Kafkaesque sounding “National safeguarding Delivery unit” which checks people against another database to make sure they can be trusted to work with children but whose boss admits they give a false sense of security, and anecdotal evidence says that the need to be vetted puts people off volunteering. Even the people who will operate the new scanning machines at airports object to being vetted – oh the irony. And as Dara O’Briain put it on Mock the Week recently “If the price of flying is you have to expose your genitals to a man in the box, then the terrorists have already won.”

Ultimately the Photographers gathering this weekend was about that. We won’t go to bed one night in a liberal democracy and wake the next morning in a “Police state”, but if little by little we lose our right to go about our lawful business unmolested, if checks and surveillance become intrusive and if the only people allowed to point a camera at anyone else are unseen CCTV operators then we’ve lost part of the way of life which we are supposed to be safeguarding. The Police seemed to have made the decision that if photographers were demanding that the law shouldn’t be misused they’d just follow the advice given by Andy Trotter, of British Transport police, on behalf of ACPO that “Unnecessarily restricting photography, whether from the casual tourist or professional, is unacceptable.” and leave the photographers to it with minimal police presence. It wasn’t a rally, no speeches were arranged and so we had the fun of photographing each other, in the act of photographing each other. A couple of staff from the national gallery got mildly annoyed with photographers obstructing the gallery entrance but they kept their sense of proportion.  I didn’t take many pictures – the light was dreadful – but you can see a couple here.  As I said above the social media side has given me enough material for at least one more post