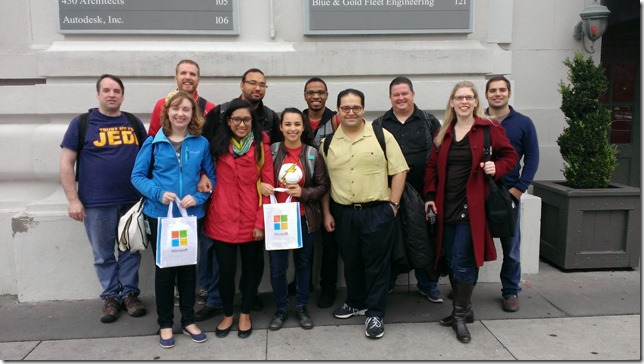 If you are not familiar with Instructables, it is a community of makers and do-it-yourselfers that was founded by Eric Wilhelm.  It began when he was working on his PhD at MIT, and got into kite-surfing.  His degrees were in mechanical engineering, and he designed his own kites and boards for the sport.  Lots of people saw his homemade equipment on the beach, wanted to know how he had made them, and asked if he would share his CAD designs.  So he saw the need for a community of makers to share their work in an easy way, and Instructables was born. 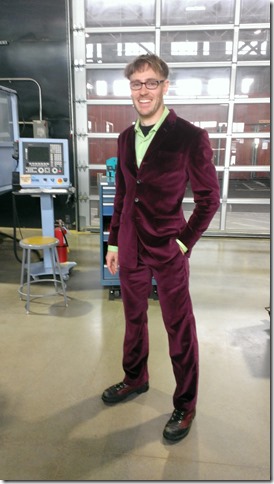 The Instructables space on Pier 9 in San Francisco was pretty cool.  They have equipment for all sorts of DIY projects, including baking (the “gateway drug” for making, since it is least intimidating), 3D printing, textile crafts (sewing machines etc.), wood-working, metal-working, carving with water jets, making models using standard printer paper (like paper mache…there was a neat model of Eric’s wife), etc.

By far, the coolest thing that I saw was a project by Amanda Ghassaei to make 3D-printed records from an mp3.  She developed an algorithm to read in audio files (like .mp3s) and 3D-print a record (like those vinyl things people used to play on a record player) of its music.  How amazing is that?!?!  You have to use a very high-resolution 3D printer, but still!  You can read more about it, see video, and try it yourself at https://www.instructables.com/id/3D-Printed-Record/.

Which brings me to my point…why did my team take the time to do this?  We have been focusing more deeply on the Internet of Things and making in general, and touring a maker space to see incredible projects like Amanda’s was a great source of inspiration. 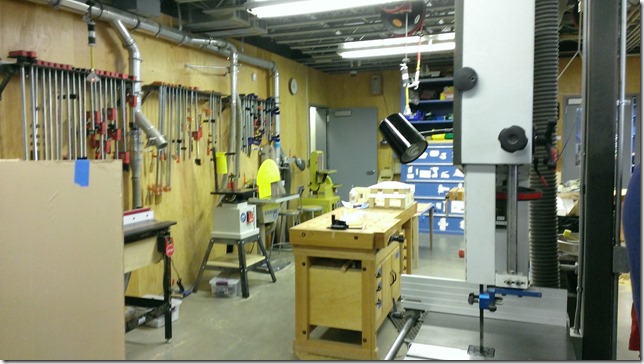