There is some truly amazing support for parallel programming in .NET 4.0.  One of the compelling new features of the Thread Pool in .NET 4.0 is work-stealing, which allows work to be processed by worker threads more efficiently.

First of all, in addition to the global queue, there are local queues for each worker thread. 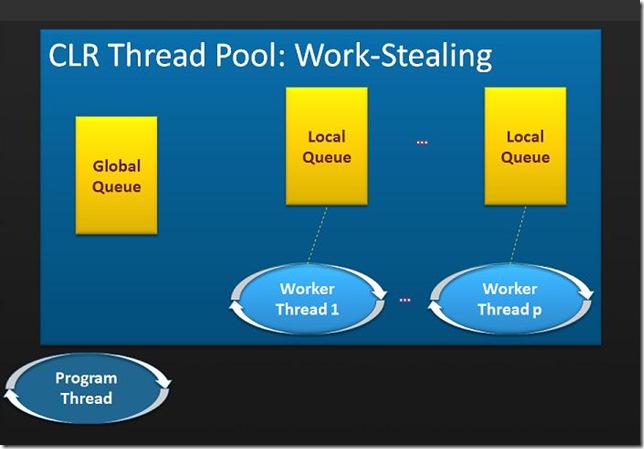 Let's say that the main program thread generated 2 tasks, which are added to the global queue.

Then each worker thread can take a task to process.

Then, suppose that Task 2 spawns three subtasks: Task 3, Task 4, and Task 5.  These tasks are placed on the local queue of Worker Thread 1. 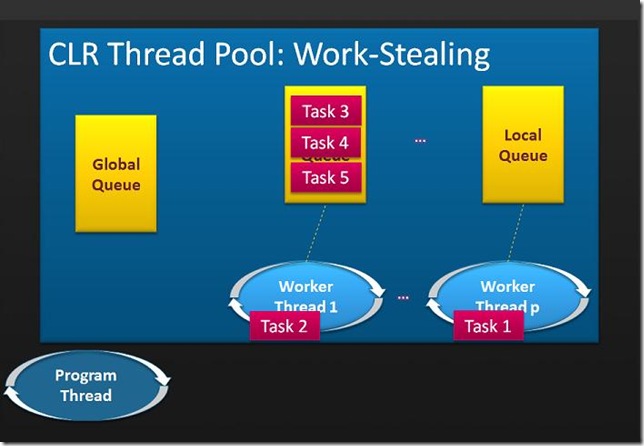 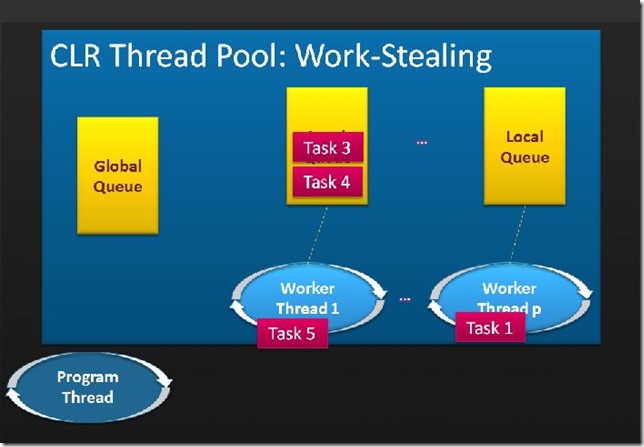 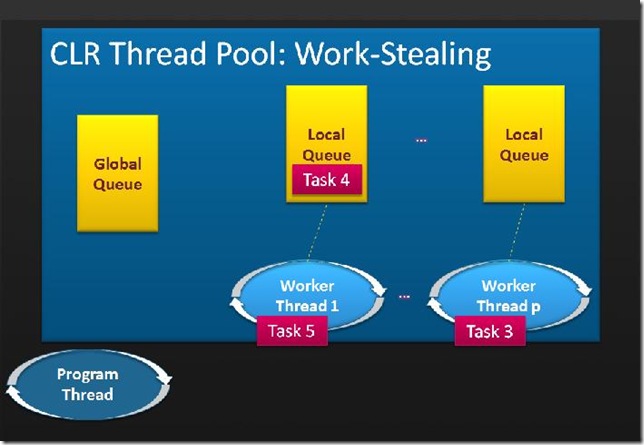 Finally, if Task 3 had further subtasks, they would be placed on Worker Thread p's local queue. 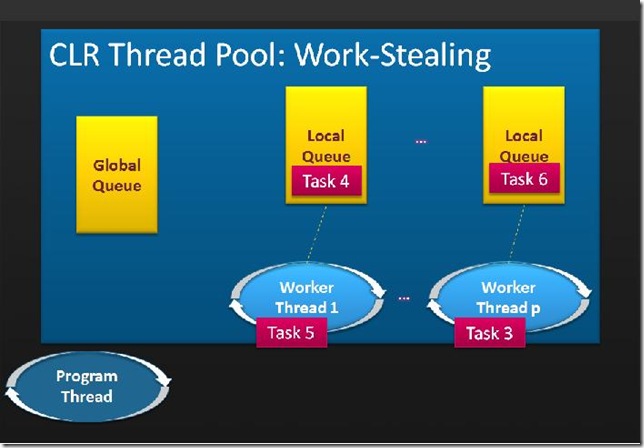 To learn more about the support for parallel programming in .NET 4.0, check out Daniel Moth's talk from PDC 2008 at https://channel9.msdn.com/pdc2008/TL26/.  It was one of my top 2 favorite talks from PDC last year...Daniel is an amazing presenter and the functionality is just so cool.

Other Resources on Work-Stealing Queues: