People who don't matter and the Commercialisation of Linux

The geniuses at Business 2.0 Magazine have published an article called 10 people who “Don’t Matter”.

It’s a list of Corporate and Technology Leaders that THEY THINK are no longer significant.

For people that supposedly don’t matter the list is full of people that have accomplished a hell of allot.

Here is what they said. 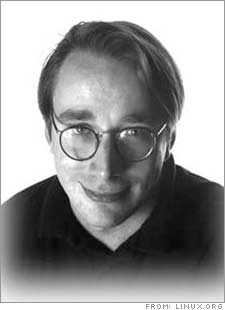 It's a testament to the success of Torvalds's open-source ideas that he's on this list at all. His Linux operating system is fast, cheap, and out of control - and that's entirely by design. While Torvalds still oversees any changes made to the innermost core of Linux, most of the innovation is now done by others, and commercial businesses like Red Hat and Novell increasingly steer its future. Although he can claim credit for popularising one of the most powerful ideas ever to sweep through the software industry, Torvalds's project has matured to such an extent that it's largely outgrown its illustrious creator.

First, putting Torvalds in this list is as stupid as including Steve Ballmer and Ken Kutaragi. Torvalds, like Bill Gates and Steve Jobs before him has forever changed the face of computing, both in the for of the Linux Operating system and as the principal proponent of Open Source Software. (Yes, yes, I know there are other Open Source, Unix like Operating Systems, but Torvalds was the personality who’s work changed the game.)

What I thought WAS interesting was the contention that “Linux is out of control” and that “Red Hat and Novell increasingly steer its future.”

While I’m a fan of many Open Source projects, I’ve allays contended that Software is a commercially driven phenomenon. It’s interesting to note that even the “Business Experts” agree hat corporate entities are increasingly in control of the direction of Linux.

It’s natural that companies like IBM, HP, Red Hat, Apple, Novell, Sun etc would gravitate to Linux (and it’s cousins)  as a way to increase their profits by commoditizing the OS in favour of their own service or hardware revenues. The problem is, the more they “control” Open Source initiatives, the more they become Server Software Companies (or Desktop Products Companies, etc.)

Then the questions becomes, can IBM, Apple, Red Hat, HP, Novell, Sun, etc do it as well as Microsoft or will the influence Open Source projects in ways that behove their own personal revenue goals and to the exclusion of “general value” ?