In my post How to continuously deploy web application to Azure VM Scale sets using VSTS and Packer? shell script tasks were used to bake Azure VM image using packer and to Replace tokens for VM username and VM password in the ARM template parameter file. In this post we will replace these shell script tasks by The Build immutable image (using Packer) task, and the Replace tokens tasks. As compared to the previous release pipeline the new release pipeline is much cleaner and much more easier to understand and manage.

In case you have not gone through the previous post the code and build file can be found at my github repo . Lets have a look at the modified release pipeline. 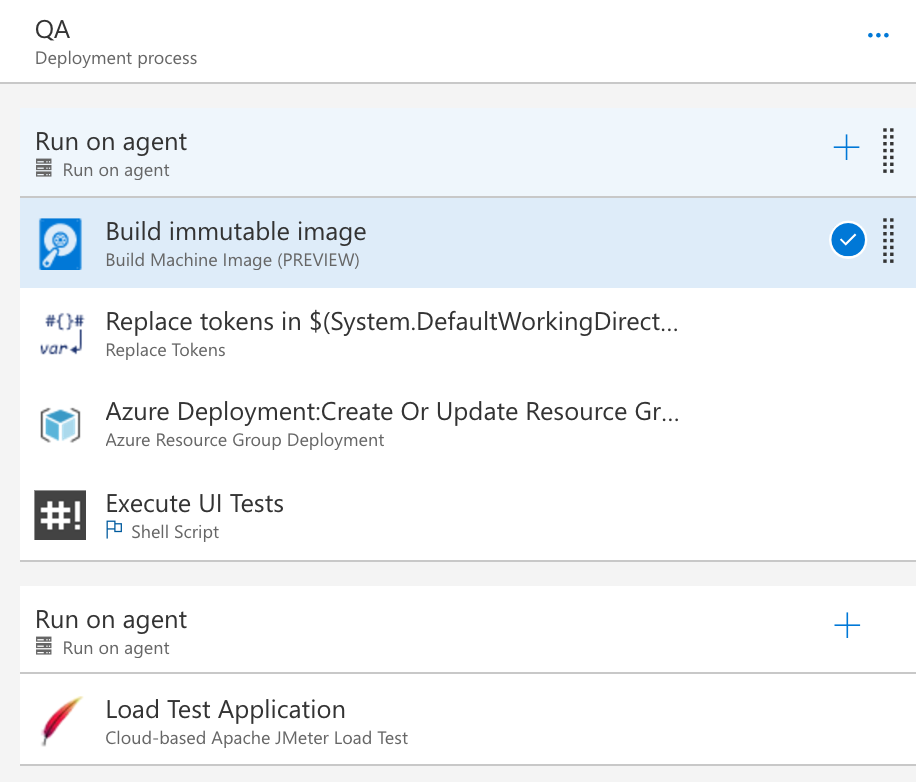 The first step of the release packages the latest application files into an Azure VHD image using the packer task, this VM image (vhd) is stored in the configured storage account. Next we use the replace tokens task to replace tokens in the Azure Deployment Parameters File. After this the Azure Group deployment task is used to push the new VM image (with latest application code baked in) to the VM Scale set. The last two steps are for UI testing (Using php unit and selenium in this case), and Load testing (using JMeter).

In this post we are not going to look at the UI Testing and Load testing tasks as there is no change to these tasks as compared to my previous post.

Please Note : The VSTS VM Scale Sets (VMSS) task is also available now, The deployment pipeline is even more simpler if the VSTS Packer task and the VSTS VMSS tasks are used together. See the Post on how to use these tasks together to bake custom VM Image and update VM Scale Set Image.

Let us look at the other tasks in more detail :

Thanks for reading my blog. I hope you liked it. Please feel free to write your comments and views about the same over here or at @manisbindra.