In case you're wondering, that's "dot net dxc" - it started off as a way to show how to call into the compiler from a C# project. There is very little work going on besides user interface management - pretty much every interesting thing that happens is delegated to the dxcompiler.dll component.

The basic UI is as follows: there's a code editor on the left-hand side, and options to operate on that code in the menu, and additional tools on the right-hand side.

Probably the most basic thing to do is to compile a shader and look at its disassembly. To do this quickly, press Ctrl+N to start with a new shader template, and then Ctrl+F7 to compile it. You'll see the Disassembly tab come to the foreground with color-coded disassembly.

If something goes wrong, you'll get error messages in the output instead. 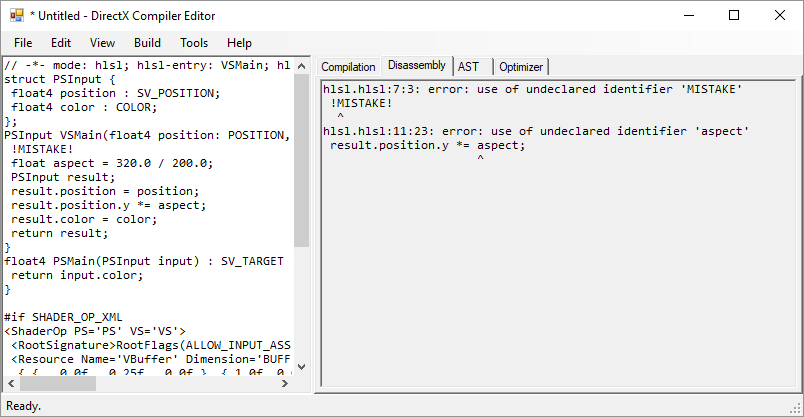 This is simply exercising the IDxcCompiler APIs to compile and disassembly a blob. Next time, we'll look around some more.