Update 25th May 2017:- As of AAD Connect May 2017 release, version 1.1.524, the default sourceAnchor used by the setup wizard is mS-DS-ConsistencyGuid. This renders most of this blog post series moot but it will be maintained for reference.

This blog post series is based upon and tested with AAD Connect, December 2016 release, version 1.1.380.0. Test all deployment designs before production implementation.

Part 3, An Aside on EmployeeID

Before I get into the details, I want to cover to the lab setup I'll be using. It's really simple - 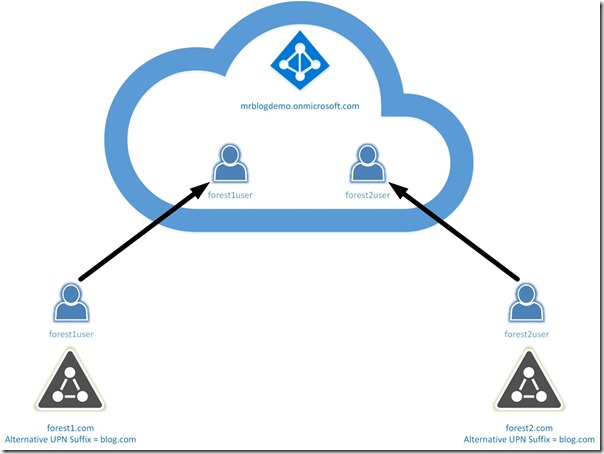 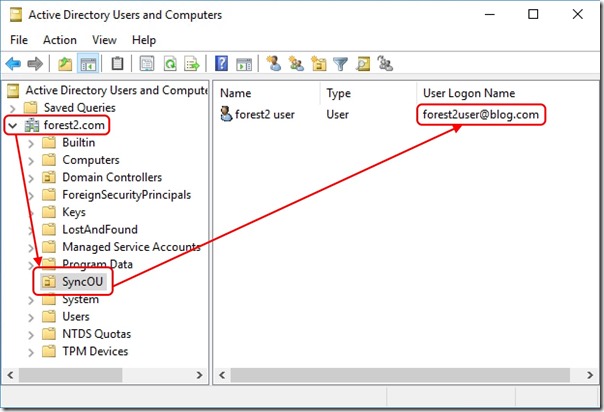 As you can see, mS-DS-ConsistencyGuid and msDS-SourceAnchor start life as NULL values.

Depending on the attribute and the options selected when AAD Connect is configured, some values may flow from Azure Active Directory back to on-premises also.

If you do have the Windows Server 2016 schema, use msDS-SourceAnchor. That's what it's there for and because the attribute syntax is a closer match to sourceAnchor in the Metaverse, it's slightly easier to set up.

Once that choice is made, the high-level logic for the attribute flow remains the same. For the rest of this post, I'll refer to either mS-DS-ConsistencyGuid or msDS-SourceAnchor as the immutableID.

The implementation of these rules will be slightly different across a few different scenarios which will be covered in later posts.

An immutableID capable of surviving Forest to Forest object migrations may be configured using either mS-DS-ConsistencyGuid or msDS-SourceAnchor.