Last night in an emotionally-charged event the teams that were advancing to the final rounds of the Imagine Cup World finals.  The Note-taker team from Arizona State University (Software Design) and Team Dragon from Rice University (Mobile Game Design) both advanced to the final round.  Note-taker has emerged from a field of over 67 teams to the final six, and Team Dragon is one of nine remaining teams in a field of fifteen that were invited to the finals.  The teams that were eliminated in a very close race were ICsquared (Silverlight – Game) and Syntax Errors (Embedded Development). In a slightly different competition scheme, the Windows Phone 7 team (The Life Lens Project) is still in contention but will not know the results until the final award announcements at the closing ceremony. 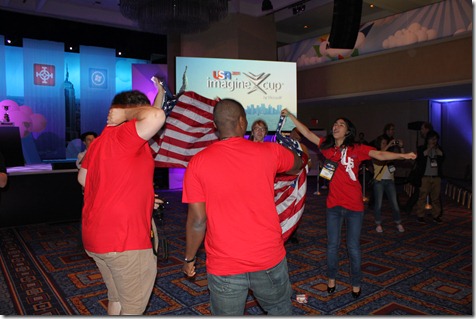 Syntax Errors show off their F.R.E.D unit to media in the showcase 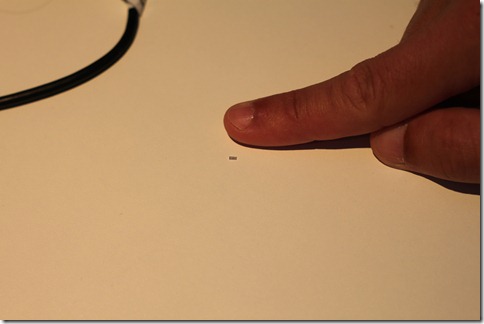 Tomorrow the final presentations will be given and the judges will select the winners of this year’s Imagine Cup.  The winners will be a announced at the “World Festival” awards ceremony at the Lincoln Center in New York City. Tonight, all of the contestants will be treated to a ride on the Hudson River ferry past the Statue of Liberty, followed by a private party on Ellis Island.