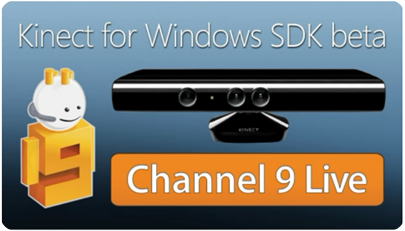 Thursday morning we announced and launched the Kinect for Windows SDK live on Channel 9. The event was very well received and a lot of geeks around the world were excited. And, rightfully so!

The Kinect has been a game changer and has bought in a new paradigm of interactive applications. It really puts Minority Report UI’s to shame. From the day the Kinect device has been released it’s been an instant hit. It’s been on the Guinness book of world records for the fastest selling gadget, ever! It’s loved by everyone, the old, the young, the geeks and the non geeks love it alike! And now programmers have one more reason to love it – there’s an SDK!

Beginning right now, you can download the Kinect SDK (Beta)! 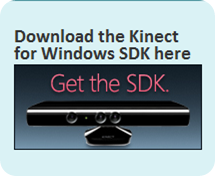 Other Resources: Download the SDK, Check out the Kinect Quick Starts and view the Kinect Project Gallery on Coding 4 Fun

See you at one of the Kinect events…

Be well, do amazing things and stay happy!