Swiss Cheese and WF4, or, An Introduction to ActivityAction 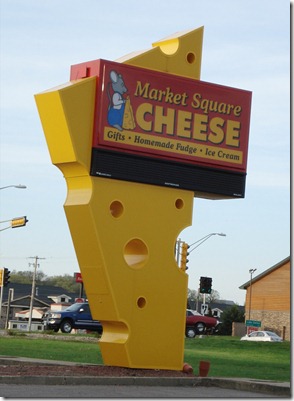 One common scenario that was often requested by customers of WF 3 was the ability to have templated or “grey box” or “activities with holes” in them (hence the Swiss cheese photo above).  In WF4 we’ve done this in a way that way we call ActivityAction

First I’d like to do a little bit more to motivate the scenario.

Consider an activity that you have created for your ERP system called CheckInventory.  You’ve gone ahead and encapsulated all of the logic of your inventory system, maybe you have some different paths of logic, maybe you have interactions with some third party systems, but you want your customers to use this activity in their workflows when they need to get the level of inventory for an item.

Consider more generally an activity where you have a bunch of work you want to get done, but at various, and specific, points throughout that work, you want to allow the consumer of that activity to receive a callback and provide their own logic to handle that.  The mental model here is one of delegates.

Finally, consider providing the ability for a user to specify the work that they want to have happen, but also make sure that you can strongly type the data that is passed to it.  In the first case above, you want to make sure that the Item in question is passed to the action that the consumer supplies.

In wf3, we had a lot of folks want to be able to do something like this. It’s a very natural extension to wanting to model things as activities and composing into higher level activities.  We like being able to string together 10 items as a black box for reuse, but we really want the user to specify exactly what should happen between steps 7 and 8.

A slide that I showed at PDC showed it this way (the Approval and Payment boxes represent the places I want a consumer to supply additional logic):

Very early on the release, we knew this was one of the problems that we needed to tackle. The mental model that we are most aligned with is that of a delegate/ callback in C#.  If you think about a delegate, what are you doing, you are giving an object the implementation of some bit of logic that the object will subsequently call.  That’s the same thing that’s going on with an ActivityAction.  there are three important parts to an ActivityAction

Let’s start with some simple code (this is from a demo that I showed in my PDC talk).  This is a timer activity which allows us to time the execution for the contained activity and then uses an activity action to act on the result.

A few things to note about this code sample:

It is important to note that I use the second parameter (and the third through 16th if that version is provided) in order to provide the data.  This way, the activity determines what data will be passed to the handler, allowing the activity to determine what data is visible where.  This is a much better way than allowing an invoked child to access any and all data from the parent.  This lets us be very specific about what data goes to the ActivityAction.   Also, you could make it so that OnCompletion must be provided, that is, the only way to use the activity is to supply an implementation.  If you have something like “ProcessPayment” you likely want that to be a required thing.  You can use the CacheMetadata method in order to check and validate this.

Now, let’s look at the code required to consume this time activity:

There are a couple of interesting things here:

At runtime, when we get to the point in the execution of the Timer activity, the WriteLine that the hosting app provided will be scheduled when the ScheduleAction is called.  This means we will output the timing information that the Timer observed.  A different implementation could have an IfThen activity and use that to determine if an SLA was enforced or not, and if not, send a nasty email to the WF author.  The possibilities are endless, and they open up scenarios for you to provide specific extension points for your activities.

That wraps up a very brief tour of ActivityAction.  ActivityAction provides a easy way to create an empty place in activity that the consumer can use to supply the logic that they want executed.  In the second part of this post, we’ll dive into how to create a designer for one of these, how to represent this in XAML, and a few other interesting topics.

It’s that time of year that I’ll be taking a little bit of time off for the holidays, so I will see y’all in 2010!