So I Sold My Surface…

Now I wouldn’t normally consider this sort of thing news worthy but I guess others have so I thought I’d be proactive and close out the story.

I have recently upgraded my primary machine from a Samsung pre-launch prototype slate to a Surface Pro that I ordered from America. I gave my kids the use of the build slate (I say use because they have their own account profiles and picture passwords). Indigo loves the build slate partly because of the stylus which she has grown up with. She especially enjoys local kiwi app Art Rage.

In the comparatively short time ArtRage has been available through the iTunes store - the iPad version was released in October 2010 - it has come to represent "a few 10s of per cent" of Ambient Design's income.

That hasn't come at the expense of ArtRage's desktop sales, Fox-Wilson says, which are holding up. 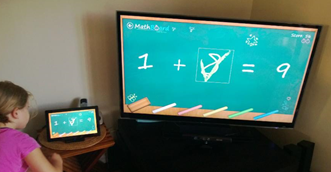 I also have a Surface RT that I have received through work that I actively use for reading on the Kindle app (my Kindle Fire hasn’t been turned on this year) and in meetings and all day conferences when I’m on battery and travelling light and also outputting to the TV to watch streaming live TV via a Flash website is a bonus. 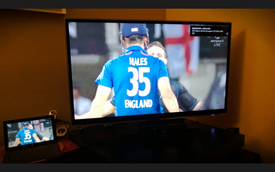 The Surface RT is a hit with the kids as well through their own family safety monitored child account, they love having their own login’s with all their own apps on the front screen!

That said last weekend I chose to sell our second Windows RT device that I had imported from the US last October as I firmly believe that there is such a thing as too many devices in a home and I like to limit my children’s access throughout the day.

I set a low reserve and a low buy now price because I wanted someone else to get a bargain and enjoy the device, since they are going on sale tomorrow in New Zealand I felt an imported/ second hand price should represent a discount on what you can buy new one for in the shops here.

My plan backfired, world media jumped on this story and the Surface RT has sold for $704 on Trade Me (only $35 less than a new one!)

As a result I have chosen to donate all the money to charity (in fact Cure Kids).