Accessibility improvements. Microsoft has revamped the accessibility features in Windows 7 with improved speech recognition and a new Magnifier utility with full-screen and lens-mode views.

Action Center. While previous versions of Windows included a feature called Windows Security Center that monitored the various security features of the system, Windows 7 takes this functionality to the next level with Action Center. In addition to monitoring security, Action Center also monitors the OS's maintenance features and consolidates alerts from numerous Windows features into a single interface.

Backup and Restore. Windows Vista's stellar backup and restore features have been streamlined and simplified in Windows 7. Like its predecessor, Windows 7 supports both data backup and image-based system backup, but now the UIs are more segregated.

Bitlocker To Go. The full-drive encryption feature that first debuted in Windows Vista has been updated in Windows 7 to support removable USB storage devices like flash memory drives and portable hard drives.

Credential Manager. The new and improved Windows 7 Credential Manager lets you save credentials, like user names and passwords, so that you can more easily logon on to Web sites, networked computers, and other resources automatically. Credentials are saved in the Windows Vault and can be backed up and restored to encrypted Managed Information Card (MIC) files. (Credential Manager uses Windows CardSpace technology.)

Device Stage. This Longhorn-style user experience will be made available for multi-function devices such as smart phones, multifunction printers, portable media players, and the like. Through this UI, you'll be able to access the features that are unique to each device. Each Device Stage page can be extensively customized by the device maker.

Devices and Printers. This activity center provides a central location for interacting with any hardware devices--digital cameras, mice, displays, keyboards, and the like--that may be attached to your PC.

DirectAccess. This feature is aimed at business users who need to securely access corporate network resources while away from the office. Essentially a simple replacement for VPN connections, DirectAccess requires Windows Server 2008 R2 on the server-side.

HomeGroup. Microsoft has consolidated the most common network-based sharing tasks into a single simple interface called HomeGroup. Computers in a HomeGroup can easily share documents, digital media files, and printers over a home network. 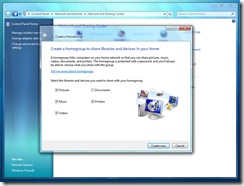 Libraries. In Windows 7, Microsoft has realized a long-term goal to replace the static special shell folders from previous Windows versions and replace them with virtualized shell locations that aggregate content from a variety of physical locations. Libraries are implemented as virtual folders and the views they present are the results of search queries. Libraries are also the basis for HomeGroup file and digital media content sharing. 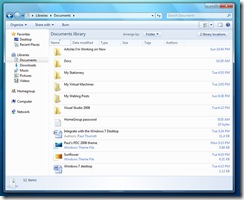 MinWin. The componentized core of Windows 7, which includes both the traditional operating system kernel as well as the minimum necessary surrounding support technologies to create a bootable (and, for Microsoft, testable) system. Note that, in Windows 7, MinWin isn't a feature per se but is rather the foundation upon which the rest of the OS is built.

Power Config. Windows 7 includes a new Power Config utility that provides reports identifying problems, settings, applications, and other things that may be reducing the power efficiency of your PC. 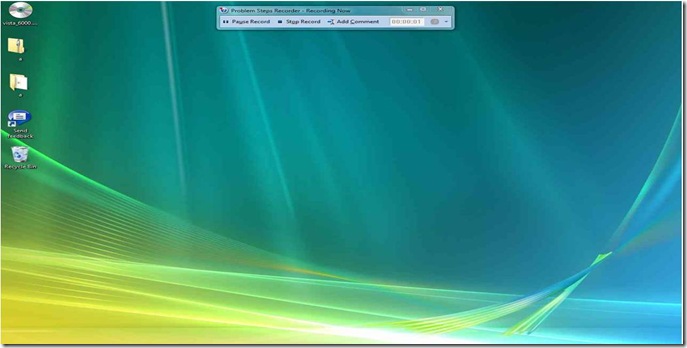 ReadyBoost. ReadyBoost first appeared in Windows Vista, providing users with a way to cheaply and easily improve the performance of their PCs by utilizing a USB memory key as a memory cache. In Windows 7, ReadyBoost is improved in numerous way: It supports multiple memory devices, can work with USB memory keys, Secure Digital (SD) memory cards, and other internal flash devices, and supports over 4 GB of storage.

Scenic Ribbon. Microsoft has evolved the Ribbon toolbar from Office 2007 and made it part of the operating system in Windows 7. This new version of the Ribbon, called the scenic Ribbon, is used by two Windows 7 applications, Paint and WordPad, and can be used by third party applications going forward as well.

Start Menu (Enhanced). The Windows 7 Start Menu is an enhanced version of the Start Menu that debuted in Windows Vista.

Startup Repair. While this useful tool did debut with Windows Vista, it wasn't installed on PCs by default. In Windows 7, it is installed into the OS partition automatically and appears automatically when the system can't boot properly, fixing any problems and returning the system to its normal booting state. 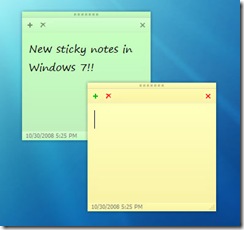 Styles. In Windows 7, Microsoft combines various system preferences--including the desktop background, the Aero glass window color, the system sounds, and the screen saver--into styles you can customize, save, and share with others. 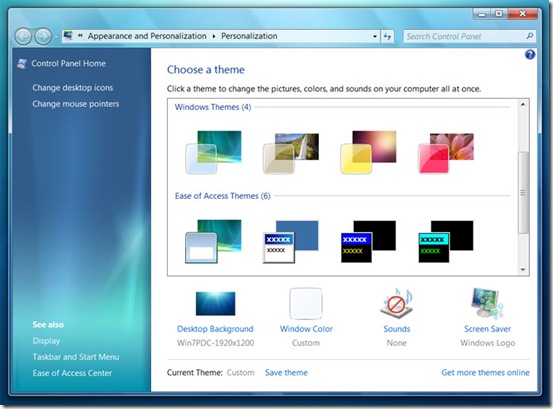 System Restore. The Windows 7 version of System Restore works as before, providing a way to non-destructively return a PC to a previous point in time, but is more reliable, predictable, and effective than its predecessors.

User Account Control. While much reviled by certain users, the User Account Control (UAC) feature that debuted in Windows Vista played a huge role in making that system the most secure Windows version yet. In Windows 7, UAC is extensively updated to be less annoying, and the overall system has been fine-tuned to minimize the number of UAC prompts that interrupt users.

Virtual Hard Disk support. Windows 7 allows you to mount a Virtual Hard Disk (VHD) as a drive in Explorer so that you can navigate its contents like a physical hard disk. It also supports the ability to boot from VHD images. 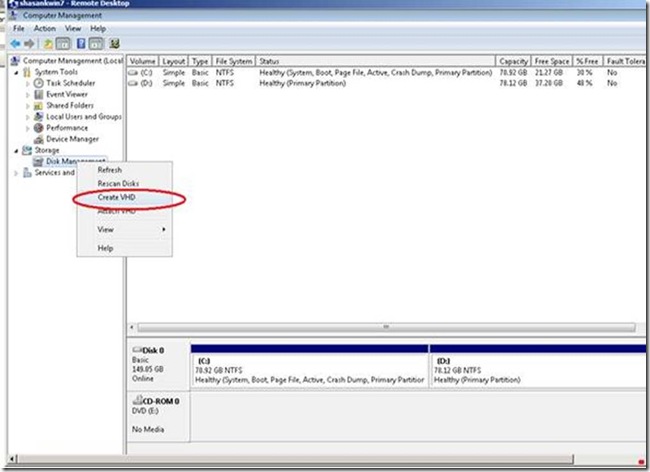 Windows Defender. The malware and spyware protection utility from Windows Vista continues in Windows 7 with a few changes: It's been integrated into the new Action Center and its centralized notification system. But Defender also drops the useful Software Explorer feature, so users will have to look elsewhere for a way to prevent unwanted applications from running a startup.

Windows Easy Transfer. The Windows Easy Transfer utility that debuted in Windows Vista has been substantially updated with a new user interface and new capabilities. As before, Easy Transfer helps you transfer files, folders, and program and system settings from your previous Windows install to your new one. This time around, however, the process is simpler and more streamlined.

Windows Explorer. Microsoft has significantly updated Windows Explorer yet again in Windows 7, this time with a new toolbar, a resizable search box, and a new navigational pane.

Windows Gadgets. The Windows Sidebar disappears in Windows 7, but the Gadgets continue on and are integrated with the desktop. 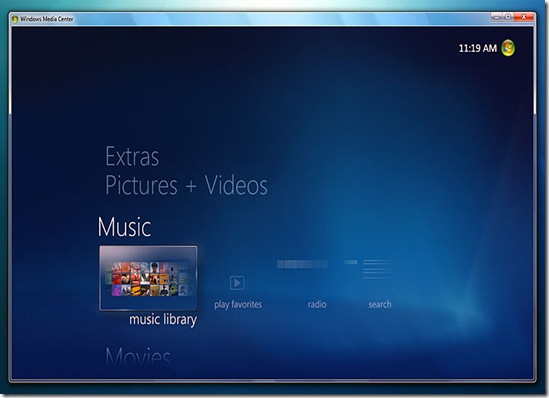 Windows Search. Windows 7 comes with the latest version of Windows Search, and unlike the version that first shipped with Windows Vista, you can now obtain instant search results from network-based file shares as well as local hard drives. Microsoft has also improved the performance of local searches, sorting, and grouping.

Windows Touch. Windows 7 builds on the Tablet PC and touch capabilities from previous Windows versions and adds pervasive support for multi-touch. All of the major UI components, including the Start Menu, Windows Taskbar, and Explorer, are touch-friendly in Windows 7.

Windows Update. Microsoft's utility for downloading and installing system updates has been enhanced in Windows 7 to take advantage of changes in the security model and to better expose optional and featured updates.

Wireless Device Network. Finally, Windows gains a way to use your wireless-equipped laptop as a wireless access point for other PCs when you're connected to a wired network.