OneNote On Windows 10 - The One App For The Future

In December last year I wrote a blog entitled "The Future of OneNote in Education" where Mike Tholfsen walked through a lot of the features around accessibility being built into the OneNote Windows 10 app. This week, a new blog post has been written signposting the future of OneNote on Windows 10 more generally and for educators and students alike, this is an important announcement.

As always, I recommend you read the entire original post by William Devereaux but I'm going to summarise the key points for you below from an educational point of view.

Firstly, it appears the product team have been listening:

In spending time with you, we heard a recurring theme: you want a single version of OneNote on Windows that combines all the benefits of the modern Windows 10 app with the depth and breadth of capabilities in the older OneNote 2016.

In my frequent conversations with schools, there is always complaints about the confusion amongst teachers and students of the "two versions of OneNote" - being, of course:

In my experiences, most schools have encouraged users to only work in OneNote 2016, largely because this had the most complete Class NoteBook tools originally. This has changed now with all the Class Notebook functionality being built into the Win10 OneNote app:

OneNote For Windows 10 Will Become The Default:

Beginning with the launch of Office 2019 later this year, OneNote for Windows 10 will replace OneNote 2016 as the default OneNote experience for both Office 365 and Office 2019

This is significant news for educational institutes as this will potentially drive some changes around professional development on the platform as teachers are encouraged towards using OneNote for Windows 10. I can see many benefits for this as well since the interface design will be consistent across all operating systems now (MacOS, iOS, Web, Win10, Android) as well as improved support for accessibility:

The consistent design layout is a good thing for OneNote for users who access OneNote across multiple devices and operating systems.[/caption]

No new features are going to be added to OneNote 2016 but schools will still be able to use this if they wish to. Importantly, it will no longer be installed by default in Office 2019 when it is released, nor as part of Office 365 at that point. If schools really want to deploy OneNote 2016 they will be able to, however it's clear from this decision that they should be starting to migrate towards using the OneNote for Windows 10 application with all users.

Here's what you can expect to be released in the coming months: 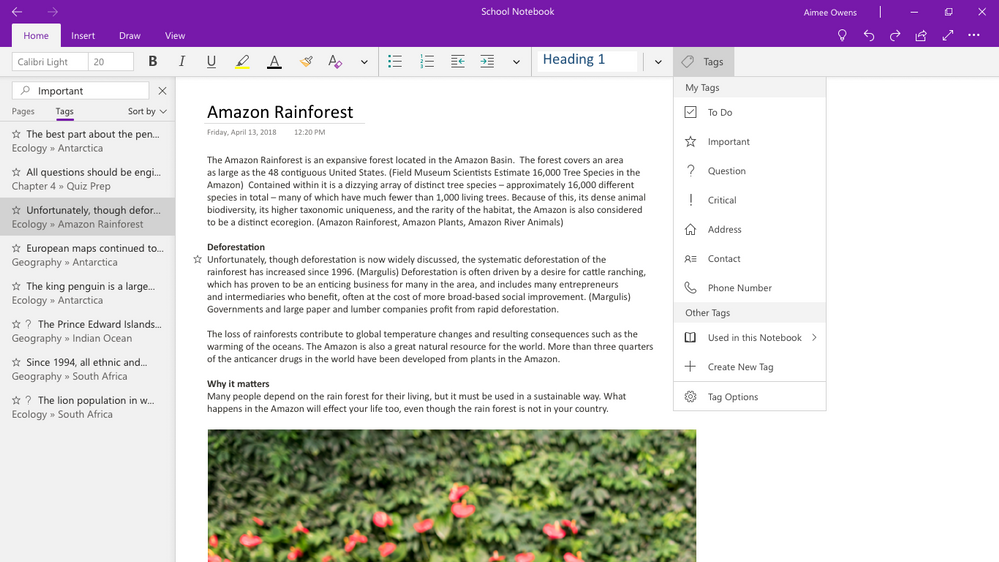 Tags are one of the most powerful features of OneNote in Education and the improved features for Tags in OneNote For Windows10 is awesome.[/caption]

I've been fortunate enough to see a preview of the Tags feature in OneNote for Windows 10 and it is awesome. It has taken all the best parts of the tags in OneNote 2016, simplified the interface and supercharged the functionality. As noted above, the ability to have tags "follow you" across devices and also distribute to all users in a Class NoteBook will make educators very happy indeed. 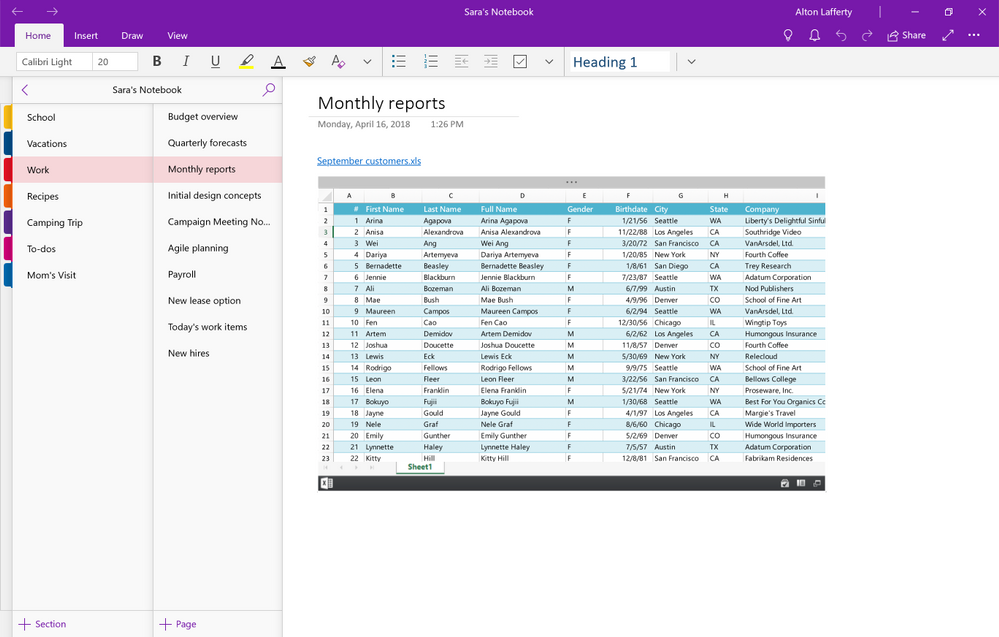 This will help reduce the sync time of OneNote Notebooks as the documents and related data will be stored in OneDrive, not in the NoteBook itself.

The new release promises an improved synch experience across devices and platforms - something that will no doubt excite educators and students alike. The original blog post has some videos showing this experience from a Win10 device, to a Mac and an iPhone - if this is indeed indicative of the sync speed between devices then it suggests a massive improvement which will be welcomed.

In my experience, sync speeds when using the OneNote Online web client are very fast, however the speed varies when introducing desktop/smartphone clients. The videos certainly suggest an improved performance is coming in this key area.

Whilst it has taken a while to get to this point, it seems the writing has been on the wall for some time that a single OneNote version would happen on Windows 10. When the interface on the iOS, MacOS and OneNote Online versions changed significantly a couple of years ago it seemed OneNote 2016 aged almost overnight.

Nevertheless, the that familiar interface that many teachers trained on, combined with key features such as custom tags and Class NoteBook controls meant educators were slow to adopt the Windows 10 version of OneNote. Personally, I've been trying to use that version for the last 6 months or so and have generally found it excellent for my needs.

School eLearning leads should start planning for professional development for teachers to migrate them off OneNote 2016 and on to OneNote for Windows 10 ahead of the release of Office 2019. This will ensure that teachers are prepared for the change and also because most students will only be using the new version of OneNote For Windows 10 when they download Office 365 ProPlus. No doubt there will be some challenges as people learn a new interface, but sharing a consistent UI across platforms can only be a good thing and new features are being added regularly to OneNote for Windows 10 which will keep everyone happy.