When it comes to saving files, we can all be somewhat guilty of saving to the Desktop or Documents folder when we're in a hurry with the best intentions to move it into a cloud sync'ed folder structure "when we have time". The reality is, for many they never get around to it and run the risk of losing critical data.

This is particularly true in a shared device environment like schools where many IT Admins have policies set to reset devices when a user logs out - any content not saved into the Cloud or a network file share is going to be lost.

Announced yesterday, this feature has the potential to save a lot of heart ache for users by ensuring their most likely "dumping grounds" for files and folders are automatically saved into OneDrive:

Known folders are global pointers in Windows representing a location on the user’s drive. They help users to organize their most important files and access them across different applications. KFM helps you move your docs, desktop, and pictures into OneDrive. Even the Screenshots and Camera Roll folders are included when the Picture folder has opted into KFM.

So how does this look for the end user? Here is a typical Win10 File Explorer view: 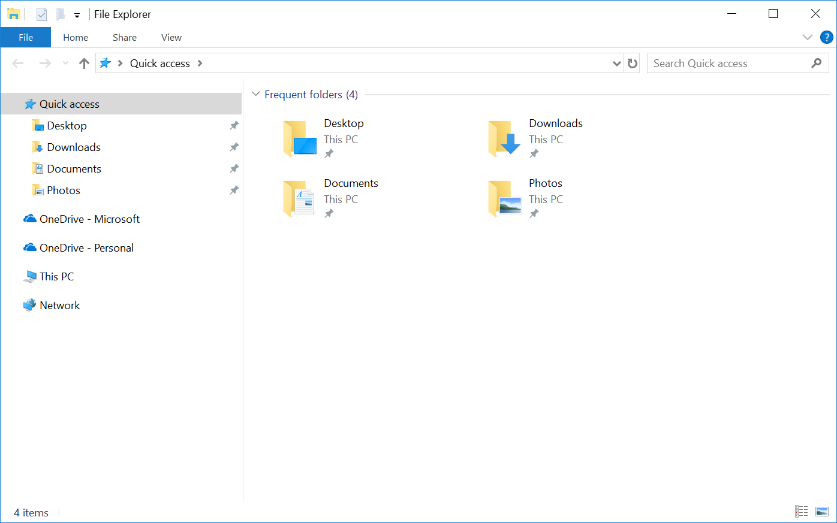 With KFM configured you can see the folders now redirect to OneDrive (circled in red) and the Downloads folder is not moved to OneDrive. Furthermore, this is leveraging OneDrive Files on Demand, where you can see the icons beside each folder. The cloud icon shows it's only in OneDrive, the green tick shows it remains on the device itself (as well as in OneDrive). 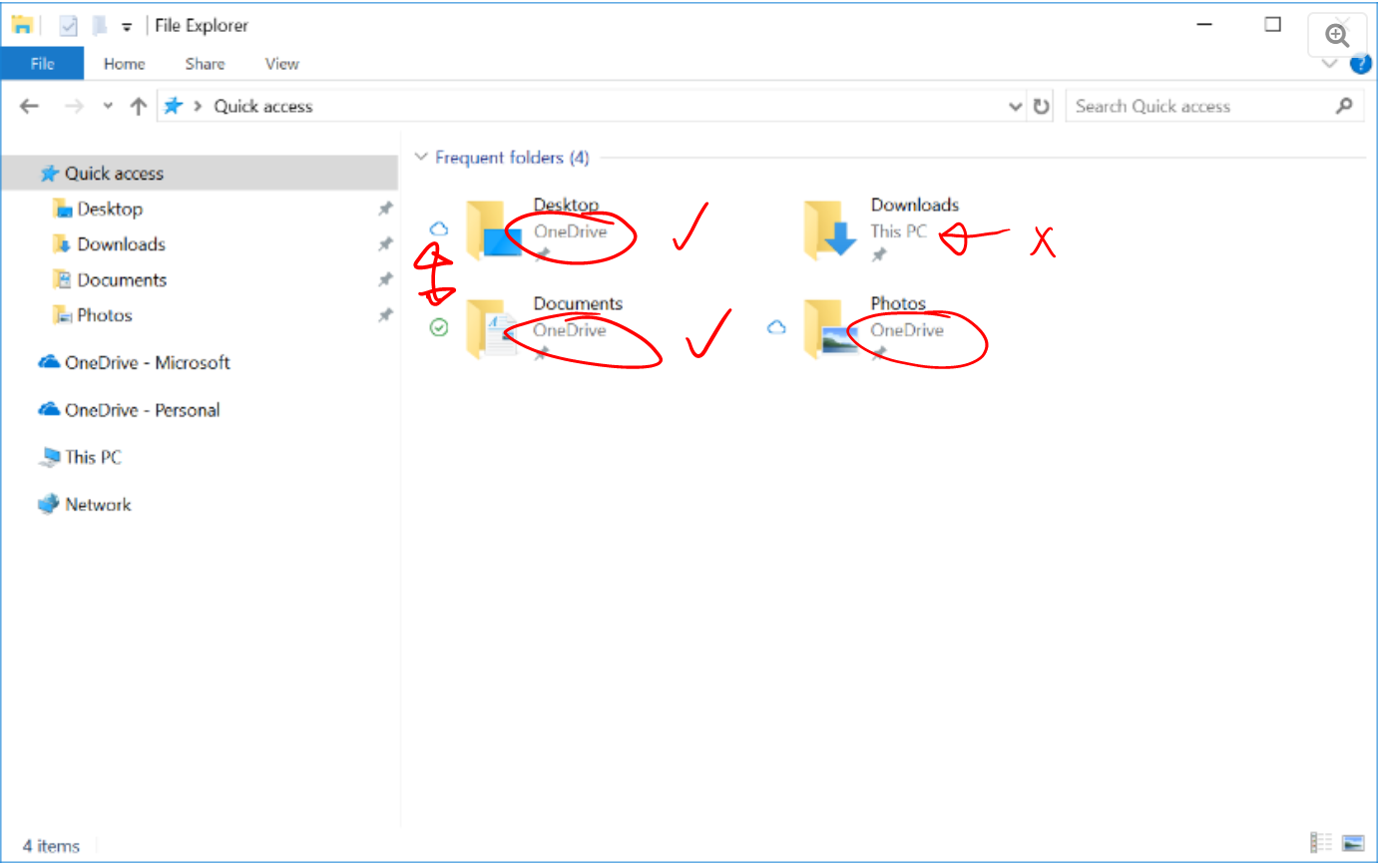 There are some cool features for IT admins to enable this further including: 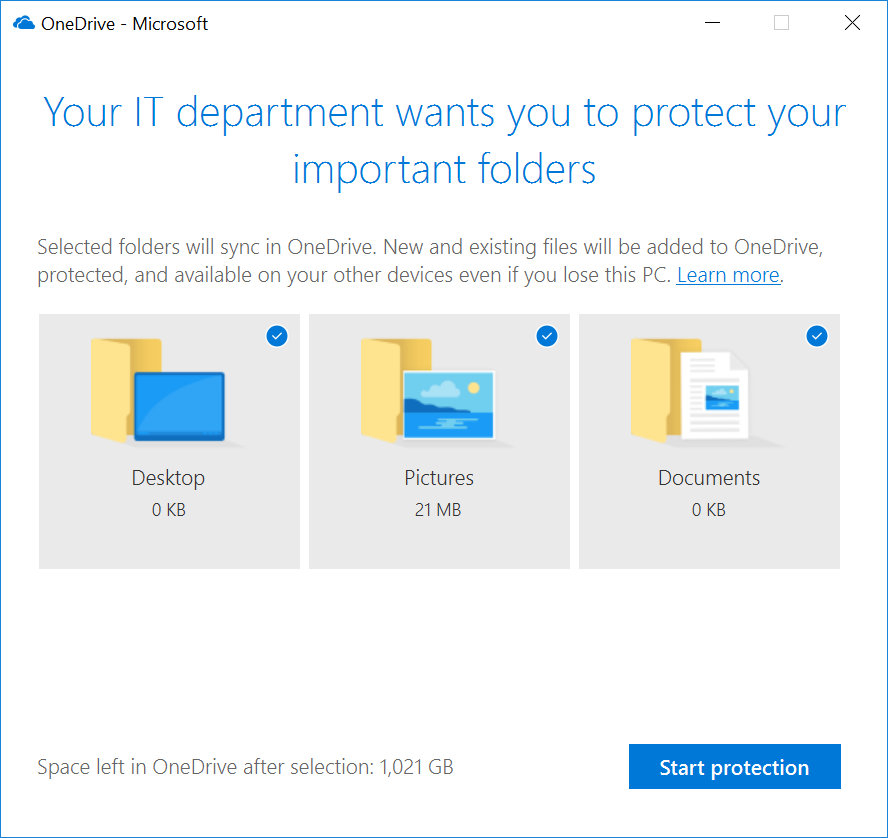 My Point of View:

This is a great feature to add to Windows because data loss remains a significant risk for end users if they're only keeping files locally on their devices. With increased storage in the cloud for users now, the ability to easily redirect key "dumping areas" to automatically save to OneDrive will not doubt save a lot of users from blushes and heartache.

If you're an IT Admin in a school this is definitely worth checking out when it is released for you to access.