Hi Microsoft Private Cloud fans! This week we’re in for a special treat. Yung Chou, a Senior IT Pro Evangelist is allowing us to cross-post his five part series on using System Center Virtual Machine Manager to create and support a Private Cloud, which is originally published on his

In this, part 1 of his five part series, Yung talks about some basic concepts that provide a foundation for your understanding of how to use SCVMM to create a Microsoft Private Cloud.

This is the first article of a 5-part series examining the key architectural concepts and relevant operations of private cloud based on VMM 2012 including:

SCVMM, a member of Microsoft System Center suite, is an enterprise solution for managing policies, processes, and best practices with automation by discovering, capturing and aggregating knowledge of your virtualization infrastructure. In addition to the system requirements and the new features and capabilities, there are specific concepts presented in this article, although fundamental, are nevertheless important to know before building a private cloud solution with VMM 2012. This blog series also assumes a reader has a basic understanding of cloud computing. For those not familiar with cloud computing, I recommend first acquiring the baseline information form: my 6-part series, NIST definition, Chou’s 5-3-2 Principle, and hybrid deployment.

Private cloud is a “cloud” which is dedicated to an organization ,hence private. Notice that the classification of private cloud or public cloud is not based on where a service is run or who owns the employed hardware. Instead, the classification is based on whom, i.e. the users, that a cloud is intended to serve. Which is to say that deploying a cloud to a company’s hardware does not automatically make it a private cloud of the company’s. Similarly a cloud hosted in hardware owned by a 3rd party does not make it a public cloud by default.

Nevertheless, as far as VMM 2012 is concerned, a private cloud is specifically deployed with an organization’s own hardware, provisioned and managed on-premises by the organization. VMM 2012 succeeds VMM 2008 R2

and represents a significant leap in enterprise system management and acts as a private cloud enabler to accelerate transitioning enterprise IT from an infrastructure-focused deployment model into a service-oriented, user-centric, cloud-ready and cloud-friendly environment, as a reader will learn more of the capabilities of VMM 2012 throughout this series. The best way to evaluate VMM 2012, is to download it and try it yourself.

And There Is This Thing Called “Fabric’

The key architectural concept of private cloud in VMM 2012 is the fabric. Similar to what is in Windows Azure Platform, fabric in VMM 2012 is an abstraction layer to shield the underlying technical complexities and denote the ability to manage defined resource pools of compute (i.e. servers or processing power and memory), networking, and storage in the associated enterprise infrastructure.

This concept is explicitly presented in the UI of VMM 2012 admin console as shown here on the right. With VMM 2012, an organization can create a private cloud from Hyper-V, VMware ESX, and Citrix XenServer hosts and realize the essential attributes of cloud computing including self-service, resource pooling, and elasticity.

One noticeable distinction of VMM 2012 compared with previous versions of VMM and other similar system management solutions is, in addition to it’s ability to deploy VMs is its ability to roll out a service. I have taken various opportunities in my previous blogs to emphasize the significance of being focused on what is a service and what is cloud to fully appreciate the business values of cloud computing. The term, service, is used often indiscreetly to explain cloud and without a grip on what is precisely a service, cloud can indeed be filled with perplexities.

Essentially, the concept of a service in cloud computing is “capacity on demand.” So delivering a service is to provide a business function which is available on demand, i.e. ideally with anytime, anywhere, and any device access. In private cloud, this is achieved mainly by a combination of self-service, resource pooling, and rapid elasticity, which are the 3 of the 5 essential characteristics of cloud computing.

Specific to private cloud, the two other characteristics, i.e. broad access to and chargeback for the service (or simply the application since in the context of cloud computing, an application is delivered as a service) are non-essential since in a private setting an organization may not want to offer broad access to a service and a chargeback model may not always be applicable or necessary as already discussed elsewhere.

Particularly, a service in VMM 2012 is implemented by a set of virtual machines (VMs) working together to collectively deliver a business function. To deploy a service in VMM 2012 is to roll out a set of VMs as a service group, as opposed to individual VMs. Managing all the VMs associated with a service as single entity, i.e. a private cloud, has advantages and introduces opportunities and challenges for delivering improved business value. Service Templates is an example, which we’ll discuss next. 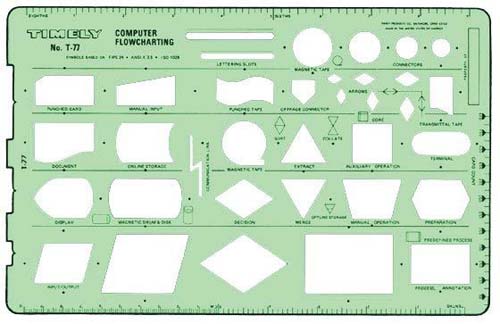 With a service template, a cloud administrator can deploy a service which consists of a set of VMs that are multi-tiered and possibly with multiple VM instances in individual tiers based on the service configuration. For instance, instead of deploying individual VMs, using a service template in VMM 2012 IT can now deploy and manage a typical web-based application with web front-ends, business logic in a middle tier, and a database backend as a single service.

Private Cloud It Is

VMM 2012 signifies a milestone for enterprise IT to actually have a solution that enables it to operate like a service provider. As VMM 2012 is soon to be released, IT as a service will become a reality. And while some IT professionals are concerned that cloud may take away their jobs, I believe that the opposite will happen and that as you read through this series you will realize the energy and excitement cloud computing has already brought into our industry and how it will expand your opportunities and broaden your career. I believe private cloud is the next great thing to happens to IT. I feel great curiosity and anticipation when I  envision the many possibilities that IT can realize with private cloud. It is inspiring to witness cloud computing coming to be a reality and be part of it. And I can’t help thinking of an IT Pro as he greases up his hair, walks down the hallway of some datacenter, and begins to sing….

I solve my problems and I see the light
We gotta plug and think, we gotta feed it right
There ain't no danger we can go too far
We start believing now that we can be what we are
Cloud is the word
It's got groove, it's got meaning
-- Inspired by GREASE