Have you ever wondered how much work is involved when migrating a traditionally-hosted production website to Microsoft Azure? If so, the following case study might be of interest to you:

Here's a little background information on this migration case study: last fall Microsoft worked with two of it's hosting partners, Neudesic and Orcsweb, to migrate the www.asp.net and www.iis.net websites from a traditional web hosting scenario (e.g. websites hosted on physical servers) to virtual machines that are hosted in the cloud on Microsoft Azure. Here's what the web farm looked like before the migration: 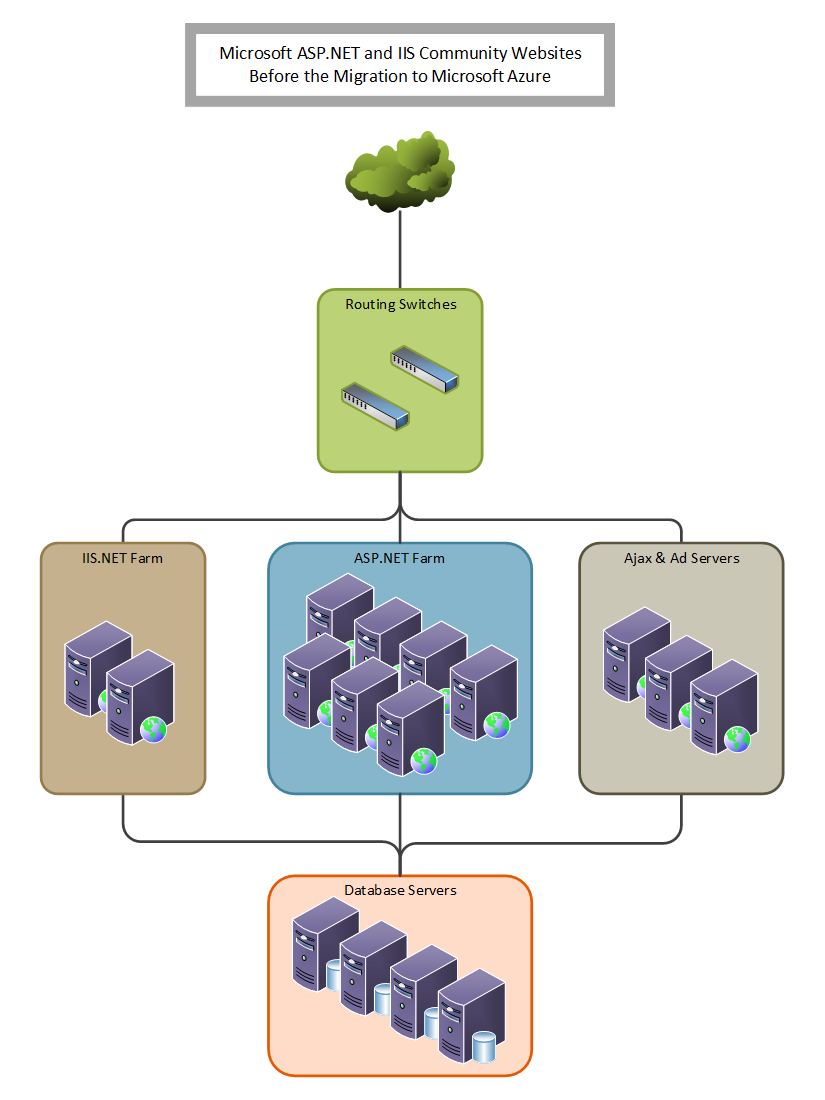 After the migration, Microsoft had reduced both the hosting costs and the number of servers required by almost 50%.  Here's what the web farm looked like when the migration had been completed: 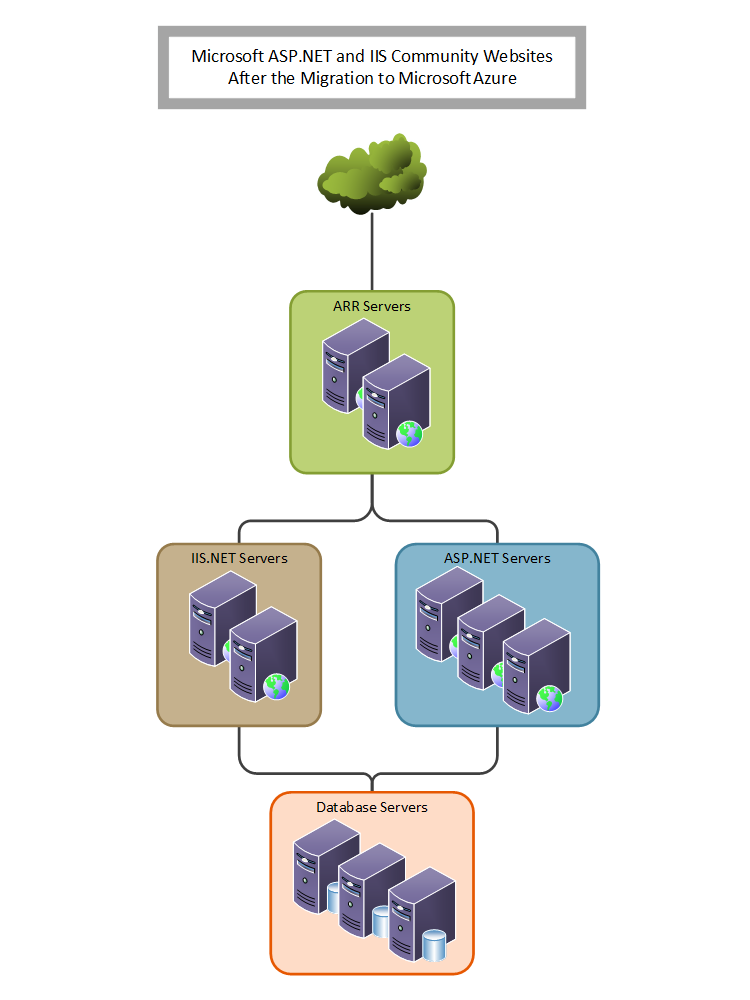 There are a lot of people who helped make this migration a success - and there are far too many to name here - but I would like to say a special "thanks" to everyone at Neudesic and Orcsweb for making this migration process as painless as possible.