There are many github issues like this one and this,this  opened for the same issue . I followed these steps and it worked fine for me.Hope any of this steps help you

1433 is the port you are looking for .If this command  returns any output,you have to stop the process using that port.

In the above command ,I was running another docker on port 3001 and vpnkit was used by docker itself.

Also if you are on windows ,you can also check whether you are using Linux Or Windows Containers.You can change to windows containers from the docker tray on windows as shown below 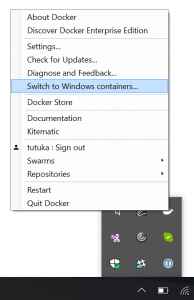 Now you have to rerun the hello world again and verify.