Power BI Desktop and "The Case of the Missing Taskbar Icon"

Power BI Desktop and "The Case of the Missing Taskbar Icon" 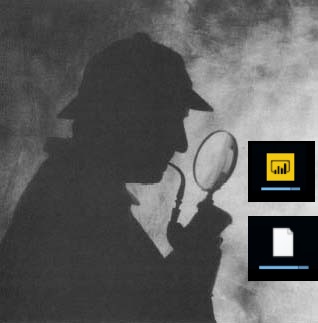 For the past two years, I’ve installed and reinstalled Power BI Desktop builds hundreds of times on numerous machines. My typical pattern is to install the software and pin it to the taskbar. After pinning the application to the taskbar, I see the standard icon displayed:

However, on several machines I see that after some time, it is modified to show a blank icon:

I’ve lived with this behavior for over a year now and assumed it was because I was uninstalling/reinstalling so frequently and often mucking with the local AppData guts of the application as I headed deep into unsupported territory in an attempt to better understand the tool. It wasn’t until I saw a recent Twitter post by Ed Watson highlighting the problem that I decided to investigate. Shortly after posting the question internally within Microsoft, the responses started to trickle in with others around the world experiencing this same bug.

The current workaround to fix this issue is to merely unpin the icon and pin it again. I've started the conversation internally within the super amazing Power BI product group and hope for a fix soon in a future build.