In addition, this release sports a cool new feature called "Graduate", that allows you to port your Small Basic program seamlessly to Visual Basic. 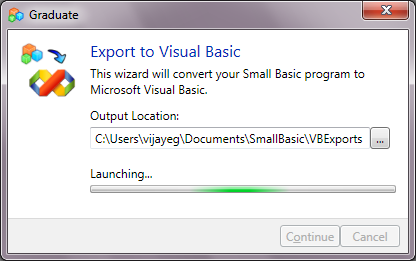 In addition, this version also comes with the following much requested features and bug-fixes: