Three months ago, we opened up Project Siena to the public.  The response from enterprise business users, partners and general app imagineers has been great to see.

The initial release of Project Siena delivered a tool for non-developers to create mobile apps.  Any business user with PowerPoint and Excel formula skills was empowered to build highly interactive experiences that are rich in data and media and full of custom logic and intelligence.

Today, we are taking the next big stride for Project Siena with the release of Beta 2.

This major update changes the kind of impact that apps built with Siena can have within a business.  Project Siena now enables business users to connect apps to powerful web services – from popular consumer services to enterprise SaaS to services created by IT.

Our mission is to make consuming services as easy as an Excel function.  Composing multiple services should be just like linking two Excel functions.  For example, an app might look up product information from an enterprise catalog, then translate its description to Japanese and speak it aloud via the Bing Translate service. 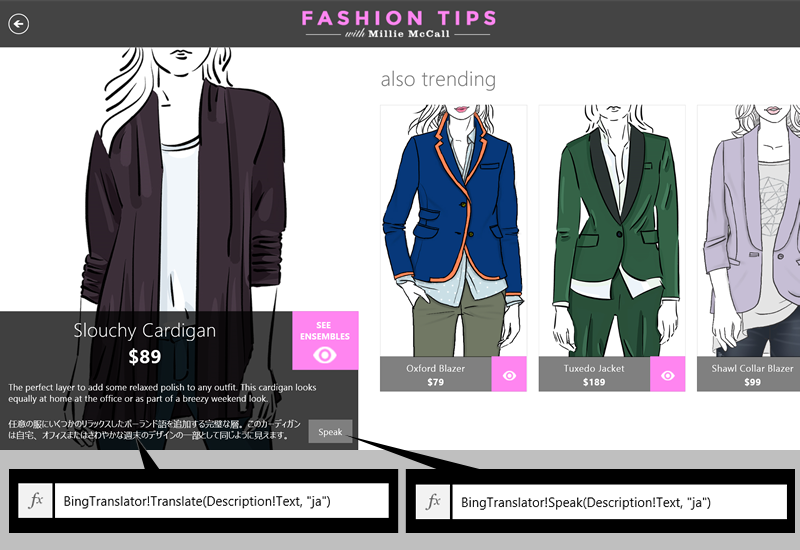 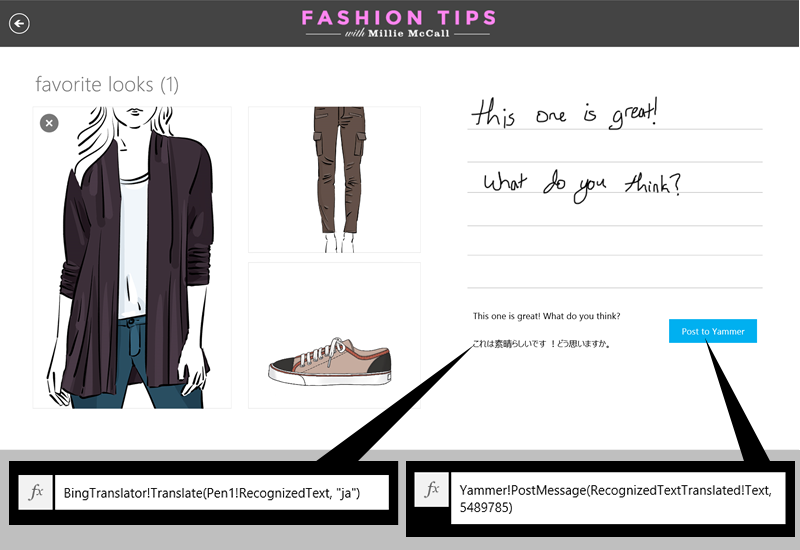 We are today also releasing several sample Siena apps that use the new services capability, along with video walkthroughs of how these apps can be created in minutes.  Keeping the app authoring experience this simple relies on a service description document which is just standards-based metadata and can be provided by IT departments, SaaS vendors, or the developer community.

The Potential of Project Siena Apps

In the first public release of Project Siena, we made it possible for business users and experts to build apps as easily, and as expressively, as editing a document. We have seen people build apps for consuming data and media content, apps for on-the-spot decision making, and task apps that involve capturing photos and voice and hand notes. We have seen small, transient-use apps built in a few minutes as well as high value apps with purpose-specific looks and rich business logic.

Now, we are setting out to enable the same business users and experts to build apps that intermingle their data, content and knowledge with functionality seen today in only high-end custom applications, e.g.

To get started with Siena, install the app from the Windows Store, check out http://microsoft.com/ProjectSiena , watch a tutorial video, download a sample app for inspiration, and then build your own.

With Project Siena, I believe every business user, every person with ideas and imagination, can be empowered to build these truly modern apps using SaaS and IT services.