You can read about the new features and known issues in this first Visual Studio “14” CTP, and also download today.

C# and VB with the .NET Compiler Platform ("Roslyn")

In Visual Studio "14", the C# and VB compilers and IDE support are fully built on the .NET Compiler Platform ("Roslyn").  This open-source compiler as a service now sits behind dozens of developer experiences in Visual Studio "14", powering build, IntelliSense, refactoring, CodeLens, debugging and many more features developers use every day.  In most places the experiences are unchanged, but there have also been many small improvements across the entire development experience as part of the new compiler platform.

Visual Studio "14" also supports APIs that come from NuGet with their own analyzers, squiggling issues in your code as you type and offering you automatic fixes, all powered by the .NET Compiler Platform.

You can read more about the new C# and VB developer experiences on the C# blog and the Visual Basic blog.

A few weeks ago, we announced ASP.NET vNext and plans for the future of .NET on the server.  ASP.NET vNext is designed for both cloud and server, offering SxS installation options and significantly enhanced developer productivity, through a modular and highly configurable framework and web stack. 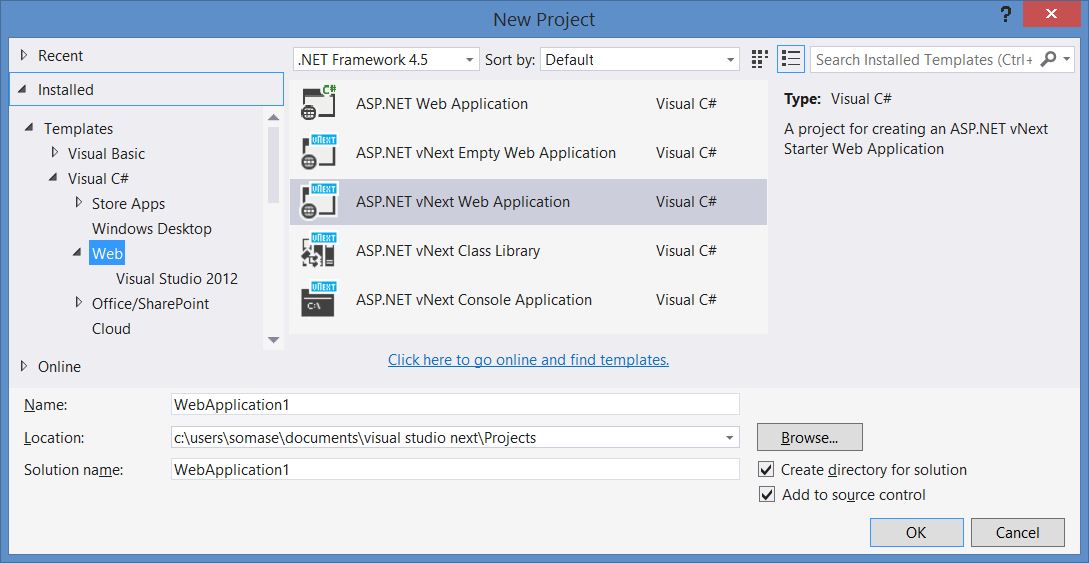 The next version of .NET that will be available along with Visual Studio "14" includes ASP.NET vNext as well as many additional new .NET technologies that we've previewed in recent month, including .NET Native for Windows Store apps, the next generation JIT, and the Roslyn compilers.

You can read more about ASP.NET vNext in the Visual Studio "14" CTP on the .NET Web Development and Tools blog.

This continues with the roadmap we laid out last year on the path toward C++11 and C++14 standards compliance.  The chart below is an updated view of what we know now, and the features that we're working on now for future Visual Studio "14" CTPs. 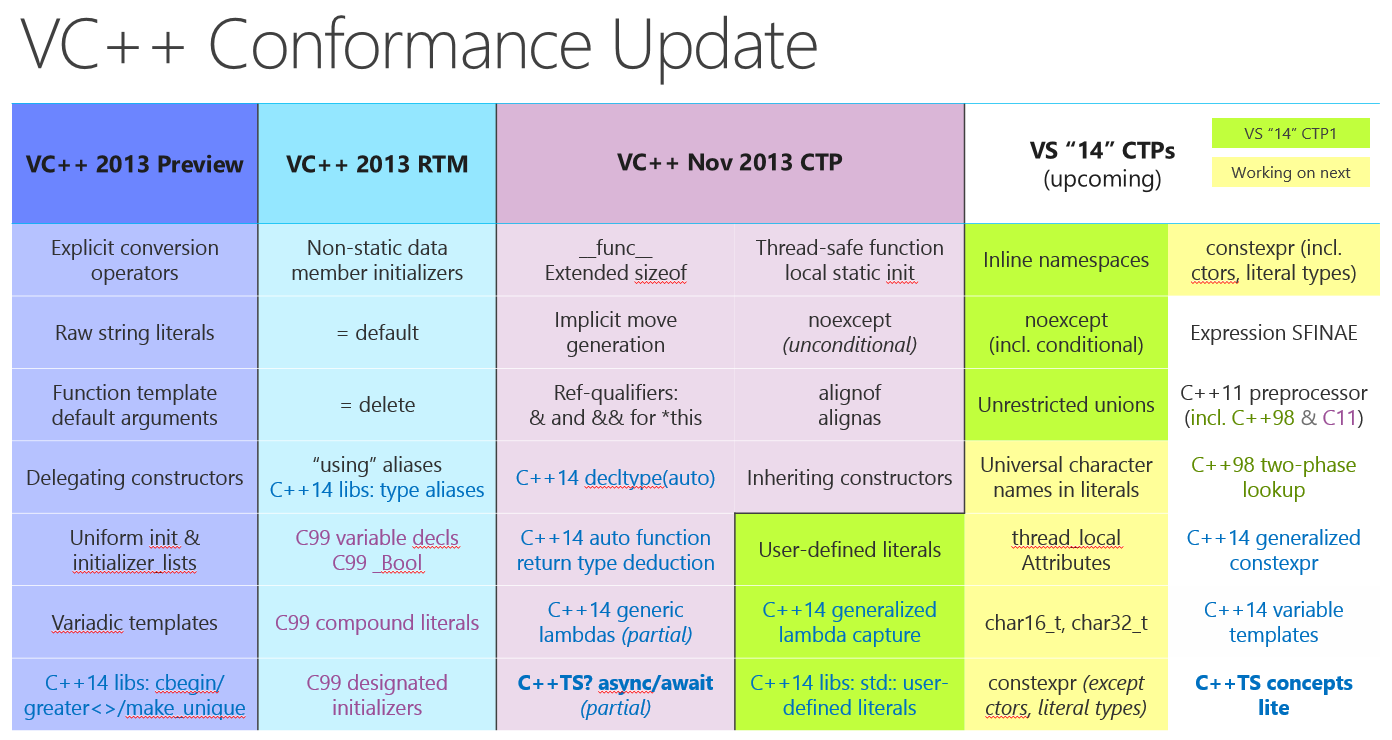 In addition, the Visual Studio "14" CTP include new features for debugging, libraries and IDE productivity.

You can read more about the C++ improvements in the Visual Studio "14" CTP on the C++ blog.