To summarize some of the key news we shared today:

You can get in-depth coverage of all of the Visual Studio 2013 launch details and announcements on Channel 9.

Visual Studio 2013 is the best tool for developers and teams to build and deliver modern, connected applications on all of Microsoft’s latest platforms.  From Windows Azure and Windows Server 2012 R2 to Windows 8.1 and Office 365, Visual Studio 2013 provides development tools that help developers build great applications.  Support for live debugging Azure sites from Visual Studio means you can set a breakpoint in a running service in the cloud, and step through it directly from Visual Studio.  The new Cloud Business Application project type lets you build next-generation business applications leveraging Office 365 and Azure.  And features like Energy Profiling and UI Responsiveness diagnostics make it easier than ever to build 5-star applications for the Windows Store.

For individual developers, Visual Studio 2013 brings great new developer productivity features.  Features like Peek Definition and CodeLens provide key information about your code right where you are working in the Visual Studio editor.

And for teams, Visual Studio 2013 and Team Foundation Server 2013 offer new capabilities from Agile Portfolio Management to support for Git source control to the new Team Room feature.  In partnership with Windows Server and Systems Center, we’ve enabled some great DevOps scenarios for on premise development.  And we’ve integrated new Release Management features to automate deployment and do continuous delivery on the cloud. 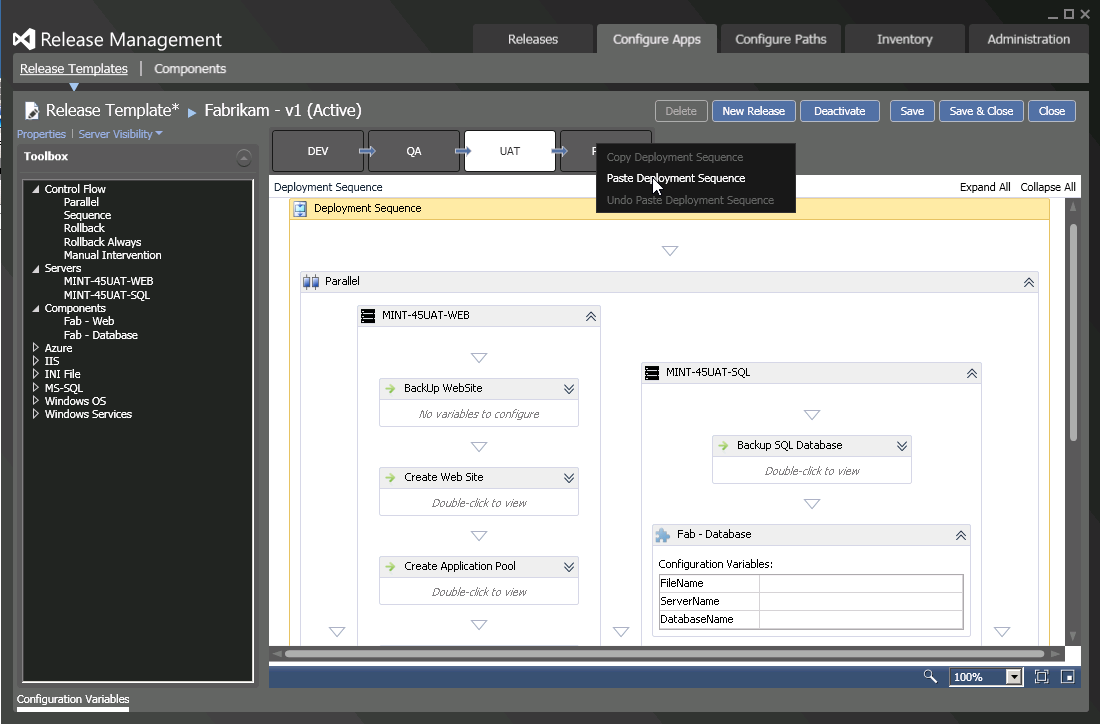 Visual Studio has evolved over the years.  Starting with an integrated developer environment for the desktop, Visual Studio expanded to also include team development capabilities on the server with Team Foundation Server.  We are now taking the next step, extending the Visual Studio IDE with a collection of developer services, hosted in Azure, which offers the best integrated end-to-end development experience for modern applications.

Visual Studio Online is made up of many services, including the following:

Whether you are managing a project’s work item backlog or planning for the next sprint, Visual Studio Online provides tools to support you agile development process.

Every Visual Studio Online account provides 60 minutes of free build time per month, making it friction free to get started with hosted build.

Performance and load testing are important pieces of the application lifecycle, enabling validation and analysis of the behavior of the application under load. Load testing entails highly dynamic resource needs, quickly scaling up to simulate large numbers of concurrent users.  With the Visual Studio Online load testing service, this scalability can be offloaded to the cloud.  Visual Studio users get a fully integrated experience in the IDE for managing and running load tests.

The Application Insights service is available today in limited preview, with initial support for .NET and Java applications running on Windows Server and Windows Azure, as well as Web and Windows Phone 8 applications. 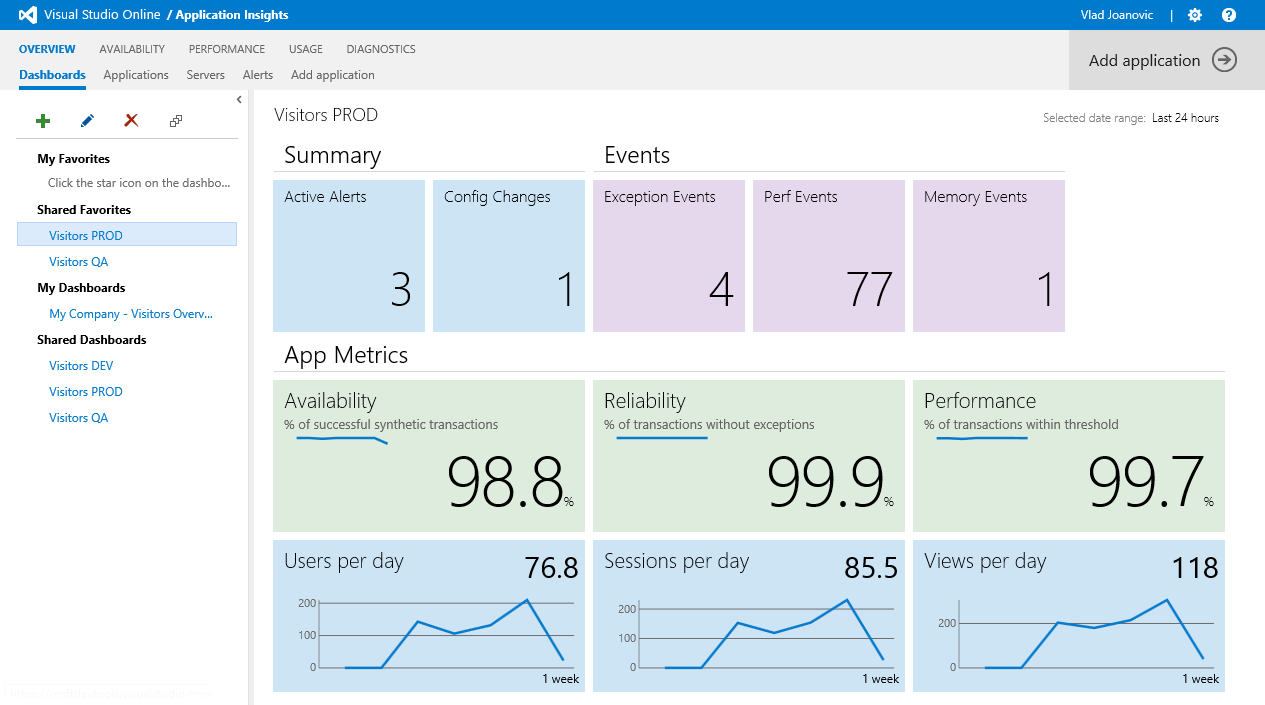 Visual Studio Online “Monaco” is a coding environment for the cloud, in the cloud.  It complements the desktop IDE as a low friction experience that will help you get started, or make quick changes, to an existing cloud service.  And it is integrated with Visual Studio Online.

Today, we are releasing a preview of one of the experiences that “Monaco” will provide for Azure Websites. Developers will now be able to edit their sites directly from the web, from any modern browser, on any device.

“Monaco” is already being used as the technology behind other cloud-based developer experience, from Office 365 “Napa” development to SkyDrive file editing.

The devices and services transformation is driving developers to think about how they will build applications that reach the greatest breadth of devices and end-user experiences.  We’ve offered great HTML-based cross platform development experiences in Visual Studio with ASP.NET and JavaScript.  But our .NET developers have also asked us how they can broaden the reach of their applications and skills.

Today, I am excited to announce a broad collaboration between Microsoft and Xamarin.  Xamarin’s solution enables developers to leverage Visual Studio, Windows Azure and .NET to further extend the reach of their business applications across multiple devices, including iOS and Android.

The collaboration between Xamarin and Microsoft brings several benefits for developers today.  First, as an initial step in a technical partnership, Xamarin’s next release that is being announced today will support Portable Class Libraries, enabling developers to share libraries and components across a breadth of Microsoft and non-Microsoft platforms.  Second, Professional, Premium and Ultimate MSDN subscribers will have access to exclusive benefits for getting started with Xamarin, including new training resources, extended evaluation access to Xamarin’s Visual Studio integration and special pricing on Xamarin products.

As I mentioned last month, since we released Visual Studio 2012 just over a year ago, we’ve seen the fastest adoption ever for a release of Visual Studio, with over 6M downloads.