With Azure Site Recovery (ASR) it is now possible to orchestrate fail over of workloads like Web Applications running Azure Virtual Machines from a Primary Site to a DR Site. Using Recovery Plans and Runbook Automation, one could script specific configuration actions on the Compute resources that have been recovered by ASR, and bring the Application live on the DR Site. Recovery Services Vault in ASR also provides the ability to simulate and test a Fail over scenario.

Covered here is a scenario where a 2 tier web application, comprising an ASP.NET Forms Application running in an Azure Virtual Machine, connecting to SQL Server 2014 database in another Virtual Machine, are replicated using ASR to another Azure Datacenter.  The steps that are to be performed to complete the replication of the Application to the DR Site, and testing the fail over are broadly as under:

The steps to perform these actions are documented here

As an outcome from the above step, the Virtual Machines images get replicated to the DR Site, and the VNet and Subnet settings mirrored from their counterparts in the Primary Data Center. However, Public IP Address resources that are configured for the Web Server, and the NSG Rules in the Primary Data center are not replicated. These resources need to be added and configured in the DR Site for the Application to be available and accessible. Also, the connection string in the Web.config of the ASP.NET Application needs to be updated with the Internal IP Address of the VM running SQL Server in the DR Site. These configuration steps can be implemented using Recovery Plans, that use Runbook Automation invoked PowerShell scripts.

(Note that no VMs are created in the DR Site yet, but only their images replicated to the DR Site. These images can be spun off into VMs when the fail over happens)

3. Create an Automation Services Account in the Target Data Center (Azure DR Site) and add to it the 2 Runbook scripts provided with this article.  Download the scripts from the github location here.

There are some changes to be made in the script after the above steps are performed.

Also, replace the FileUri parameter for the UpdateWebConfigRemote.ps1 uploaded to Blob Storage, in the PowerShell command below.

- The Web Application name used is simple2tierweb_deploy,   and it is added as an Application within the 'Default Web Site' on IIS on the Web Server. See the screen shot below

- The script looks for a Connection String section with the name miniappdbConnectionString1 within which it replaces the IP Address of the SQL Server VM from the Primary Data Center with that in the DR Site, during failover.

Note: To execute the above Runbooks, the Automation Service requires certain Modules to be available. Import them into the Automation Account in case they are not. Refer to this link for more details on these Modules - the names are:

In the context of the scenario covered in this article, the Recovery Plan would resemble the below after configuration 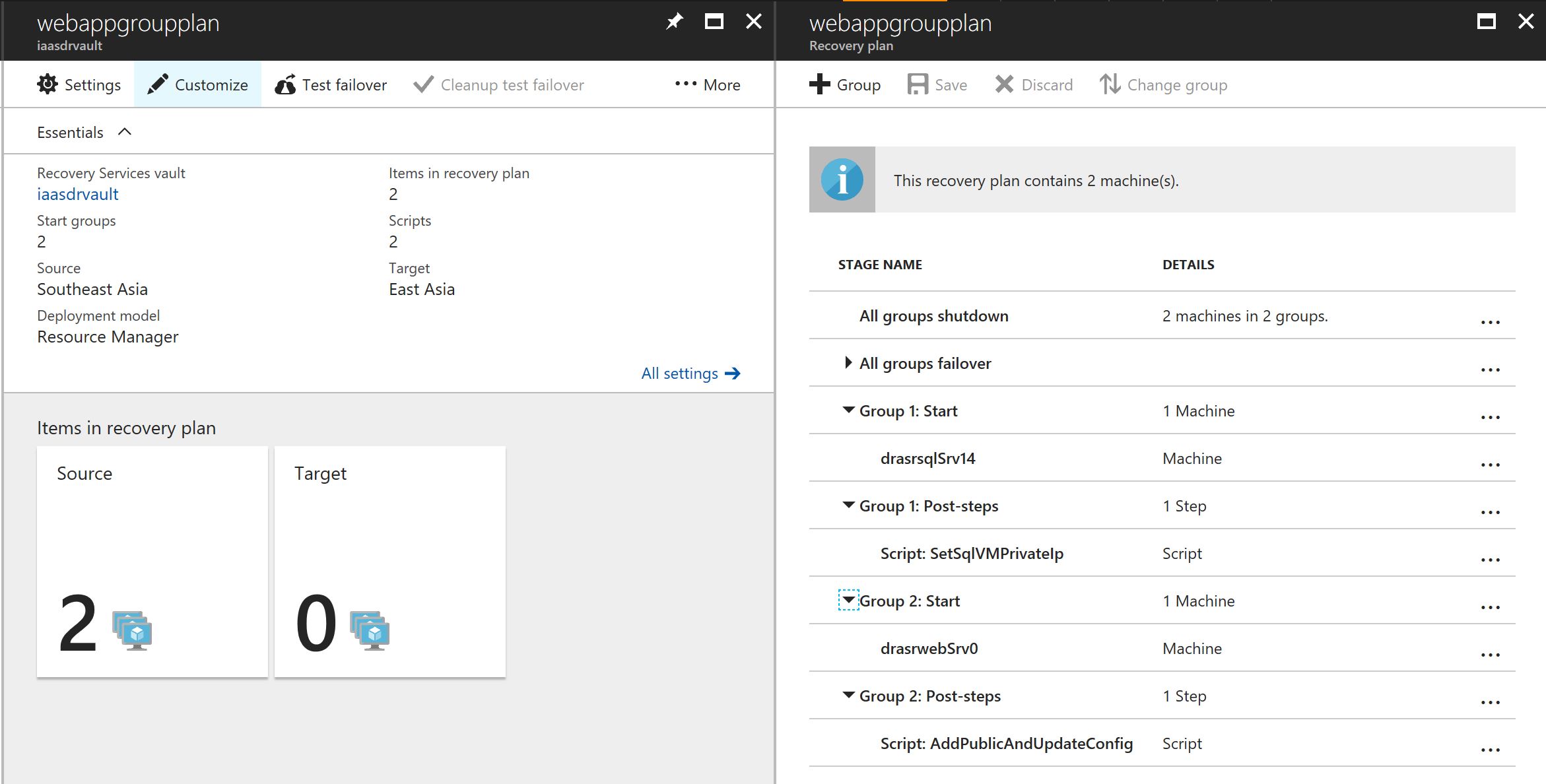 -- Add a post step to Group 1 and add the Runbook SetSqlVmIp to it. As an outcome of this action, the Internal IP of the SQL Server VM that fails over is retrieved and stored in the Automation Variable PrivateIpSqlDb

-- Add a post step to Group 2 and add the Runbook asraddpublicip to it. As an outcome of this step, two key actions are performed :

> a PublicIP resource is created and linked to the Network interface card of the Web Server VM.

> The custom script extension is used to execute PowerShell script UpdateWebConfigRemote.ps1 that is stored in Azure Storage. This extension is used to execute this script remotely on the Web Server VM, which retrieves the value of the PrivateIpSqlDb from the Automation variable, replaces the IP Address in the web.config file of the ASP.NET Web Application with this value. 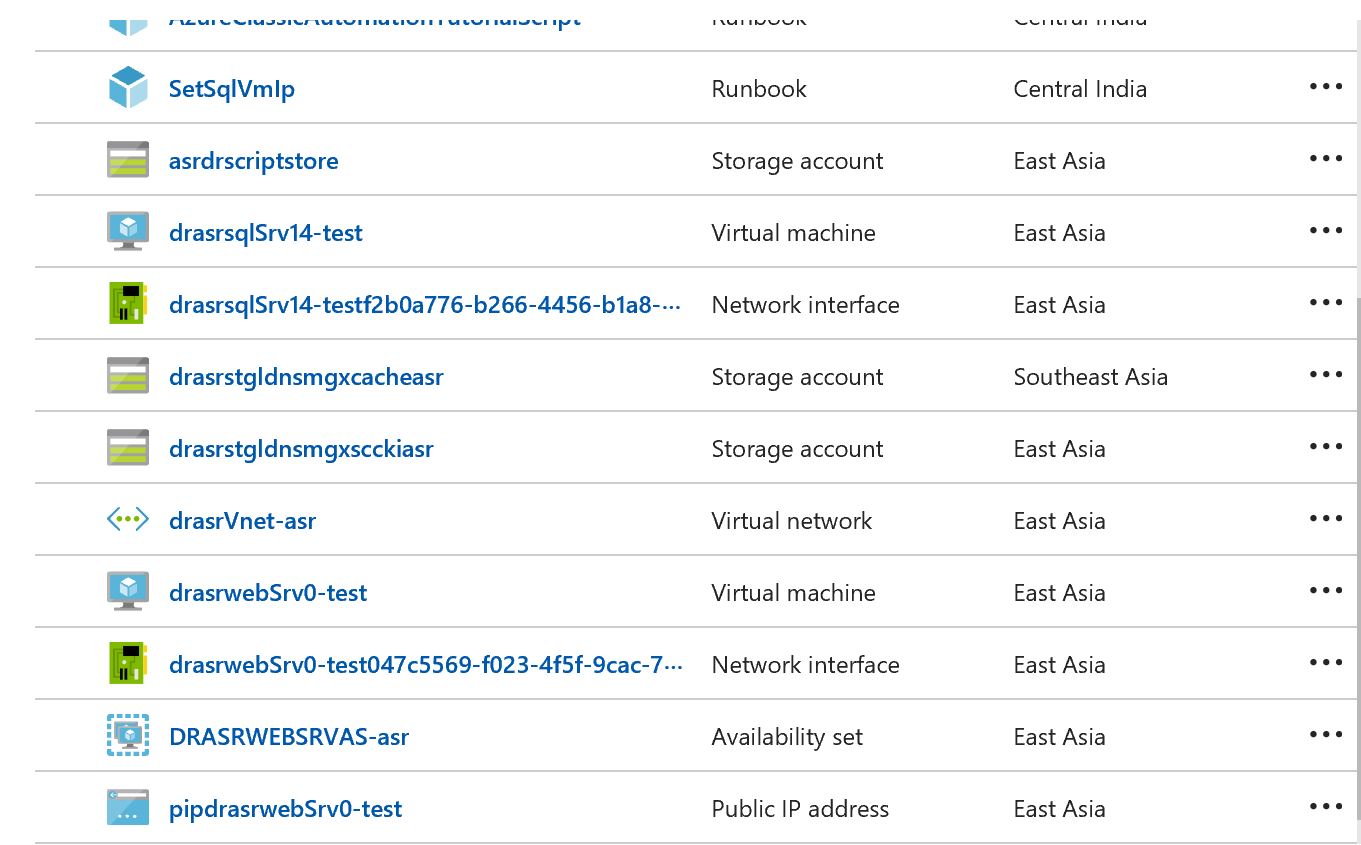 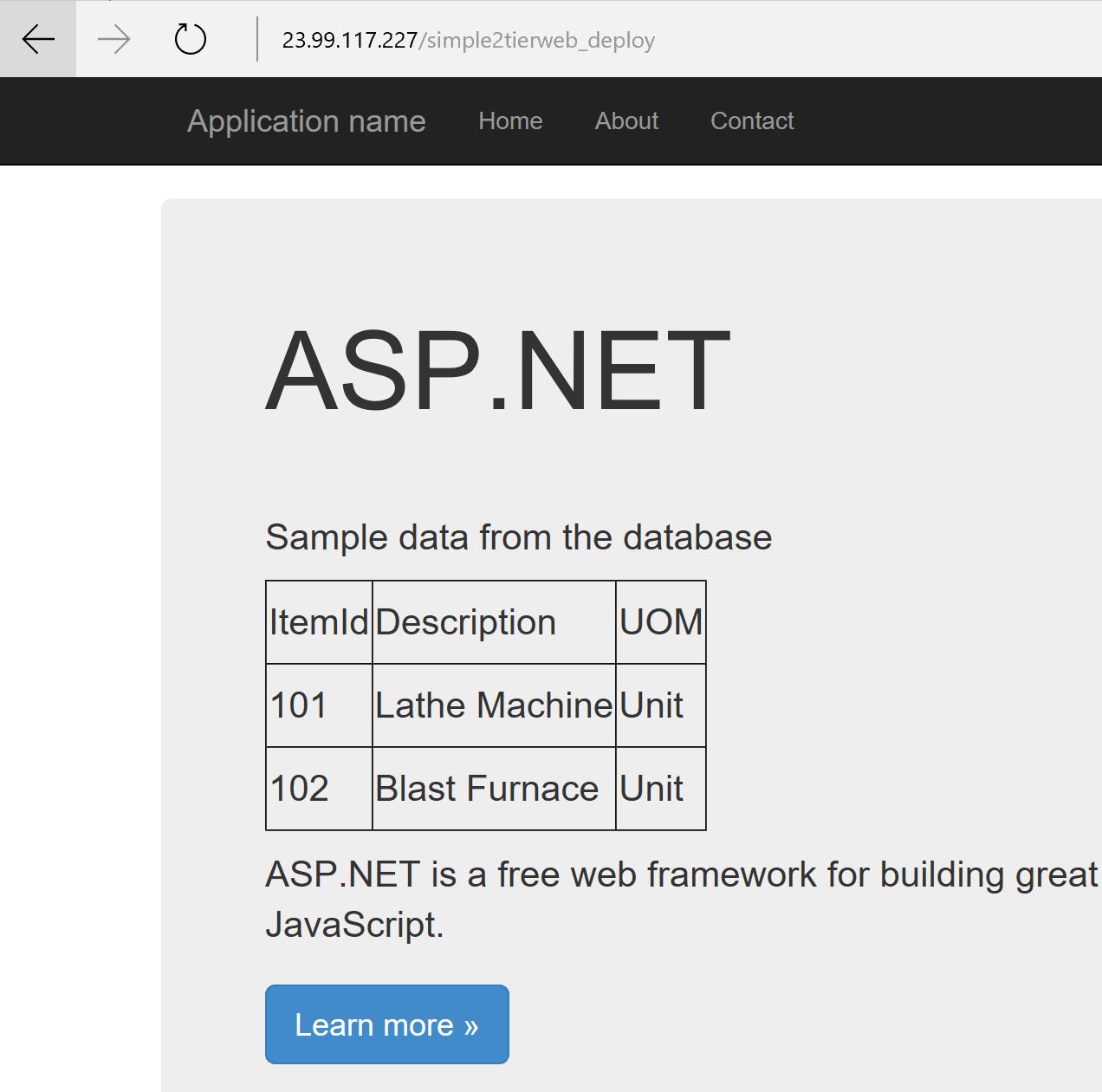