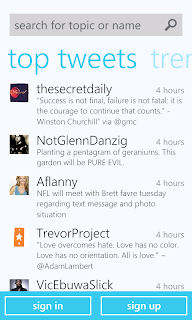 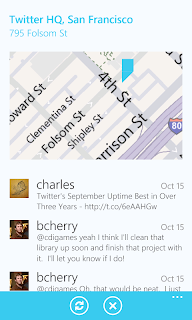 Anyway, I wanted to update you on the the official Twitter client for Windows Phone 7 that I’d been patiently waiting for. Summary – it’s brilliant. It’s not just me who thinks so…the guys over at Twitter love it too. There is something about the Metro interface that works well with Twitter (which you can see in MetroTwit too on the PC). It has everything I need – timeline, mentions, search, lists, share tweets, and it the subtle UI things I love like animated controls when you switch between landscape and portrait. It also has stuff I don’t use yet but may do…like translate built in and text tweets.

People love software that has attention to detail, a elegant UI and doesn’t try to do too much. On all of these measures, the Twitter client for Windows Phone 7 shines.