For this example, consider that Tailspin Toys has an interest in moving to the application model but, due to the need to support legacy business systems, that move is viewed as difficult. The legacy systems in question require the creation of a local ‘flag’ file on systems where deployments are executed to indicate to legacy systems that the deployment was successful. These ‘flag’ files may also contain other information relevant to the deployment.

Because of the stated requirements a decision has been made to continue repackaging and delivering deployments with the legacy package model, which has been useful to support these legacy systems historically.

If the above decision were to be made it would result in the continued use of a legacy approach to package creation and delivery and also likely lead to significant delays in updating dependent legacy systems. Instead, what options exist with the application model to solve this scenario? There is no feature of the application model that will allow deploying a ‘flag’ file as part of application deployment after all! If limiting only to ‘in box’ options as described that statement is correct. With some inventive thinking, though, the application model is fully capable of solving this scenario.

From the title of this article it is obvious that discussion will focus on the detection methods available in the application model. Before getting into details of the example scenario a review of the options available for detection is useful.

There are four categories of options that can be used for a detection method – MSI, File/Folder, Registry and Script. 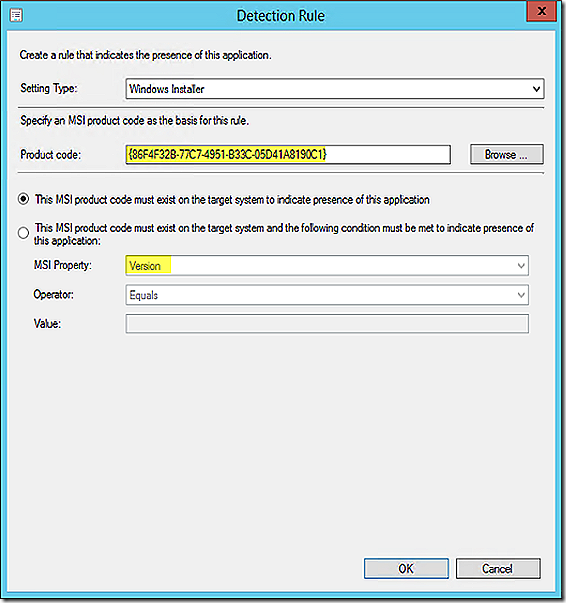 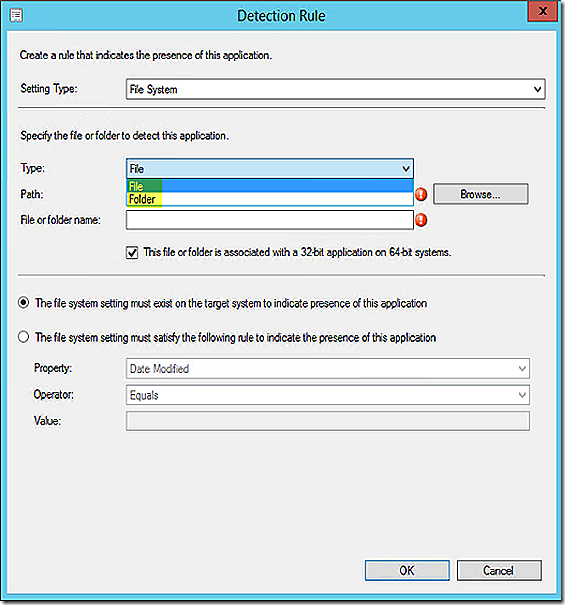 For applications other than MSI’s or if a detection method is preferred that does not rely on the MSI then file system based detection is an option. With this option it is possible to configure detection of specific files and folders that must be present in order to consider the application installed. 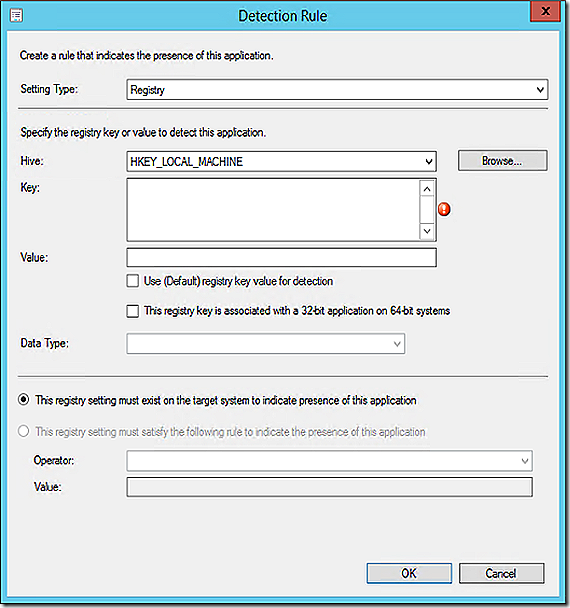 Most modern applications will write to the registry during install. If this is the case for the application being deployed the registry can be a very useful choice for detection method. Detection logic configured here can focus on any registry hive – HKEY_CLASSES_ROOT, HKEY_CURRENT_CONFIG, HKEY_CURRENT_USER, HKEY_LOCAL_MACHINE or HKEY_USERS – and configuration can focus on a specific key or a specific value.

Scripts – the ultimate in flexibility! If a detection method is needed that is beyond what can be delivered with other options detection scripts provide a great solution. There are three supported scripting languages – VBScript, PowerShell and Jscript. The script window isn’t much of an editor so use an external editor to build the script and, when ready, paste into ConfigMgr. 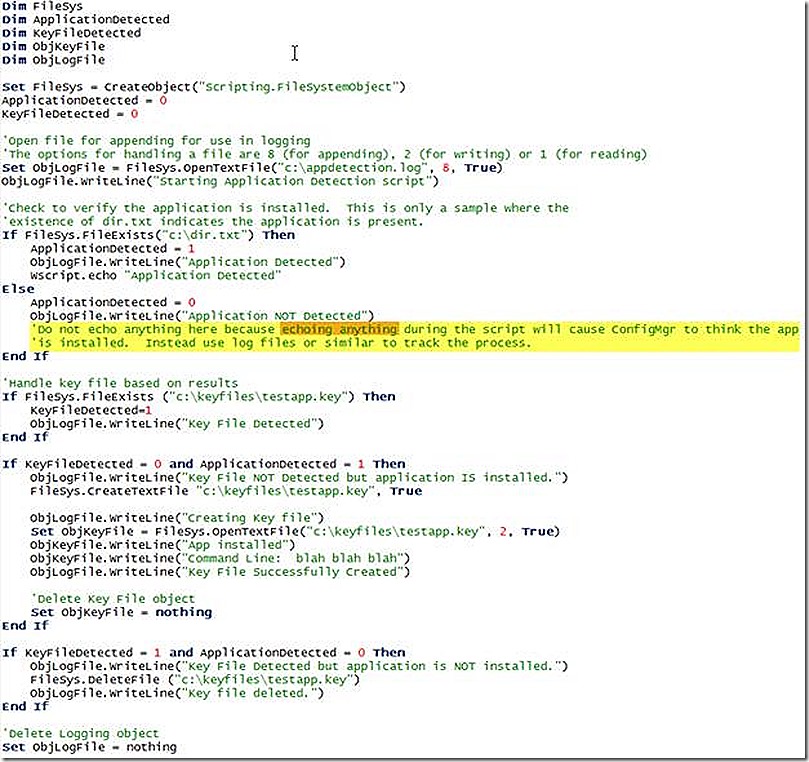 Putting it all together
Bear in mind that there is no requirement to only use one type of detection. Mix and match as much as needed between MSI, file/folder and registry. Note that with script there is no ability to add other options. Whatever the choice bear in mind to avoid creating detection logic that is unnecessarily time consuming.

Finally, the scenario described is but one example scenario. Many more scenarios exist that may not exactly fit within the application model on first inspection but with additional thought many things are very workable.