Windows NAS has been one of the key pillars of IT infrastructure for decades. One out of five Windows Servers have the File Server role installed and we know that folks absolutely love Server Message Block (SMB) and they use it extensively to share files. Performance and security gains in SMB from Windows Server 2008 R2 to Windows Server 2016, are more than double. New advancements in networking, such as RDMA, have catapulted Ethernet past FibreChannel in performance -- and at a fraction of the deployment and management cost of a Storage Area Network (SAN). Windows Storage Server 2016 delivers rock-solid SMB, NFS and iSCSI storage services easily and efficiently.

1. Data Deduplication
Prior to Windows Storage Server 2016, volumes had to be specifically sized for the expected churn, with volume sizes above 10 TB not being good candidates for deduplication. In Windows Storage Server 2016, Data Deduplication supports volume sizes up to 64 TB and supports individual file sizes up to 1TB. A new Usage Type has been defined for Virtualized Backup to quickly and seamlessly deploy data deduplication for Virtualized Backup Applications, like Data Protection Manager.

Azure Backup is our Azure-based service you can use to back up (or protect) and restore your data in the Microsoft cloud. Azure Backup replaces your existing on-premises or off-site backup solution with a cloud-based solution that is reliable, secure, and cost-competitive. Azure Backup does not limit the amount of inbound or outbound data you transfer. Azure Backup also does not charge for the data that is transferred unless you need to transfer a huge amount using the import/Export service. Learn more about Azure Backup here and then setup a new backup vault.

5. Storage Quality of Service
You can now use storage quality of service (QoS) to centrally monitor end-to-end storage performance and create policies using Hyper-V in Windows Storage Server 2016. Create storage QoS policies and assign them to one or more virtual disks on Hyper-V virtual machines. Storage performance is automatically readjusted to meet policies as the storage load fluctuates.

7. PowerShell 5.1
Windows PowerShell 5.1 includes significant new features, including support for developing with classes and new security features that extend its use, improve its usability, and allow you to control and manage Windows-based environments more easily and comprehensively.

8. NVDIMM support
Windows Server 2016 enables the use of persistent memory devices in the form of NVDIMM-N. NVDIMMs provide a persistent storage medium with near-DRAM speeds and reside on the memory bus, significantly reducing I/O latencies. Through enhancements in NTFS, Windows Server 2016 is able to grant applications direct access (DAX) to the byte-ranges of an NVDIMM and fully unlock the potential of this technology. See these videos about NVDIMM as Block Storage, Byte-Addressable Storage and Health Management capabilities.

9. Time synchronization
Physical and virtual machines benefit from greater time accuracy due to improvements in the Win32 Time and Hyper-V Time Synchronization Services. Windows Server can now host services that are compliant with upcoming regulations which require a 1ms accuracy with regards to UTC.

11. Windows Console (cmd.exe prompt)
The command prompt had some amazing updates for this release. My personal favorite is that you can dynamically resize a cmd.exe window! Checkout all of the quick keyboard commands and tips and tricks that are now available.

Windows Storage Server 2016 has many years of improvements and it delivers a full suite of storage and storage management functionality to keep your files highly-available and safe. 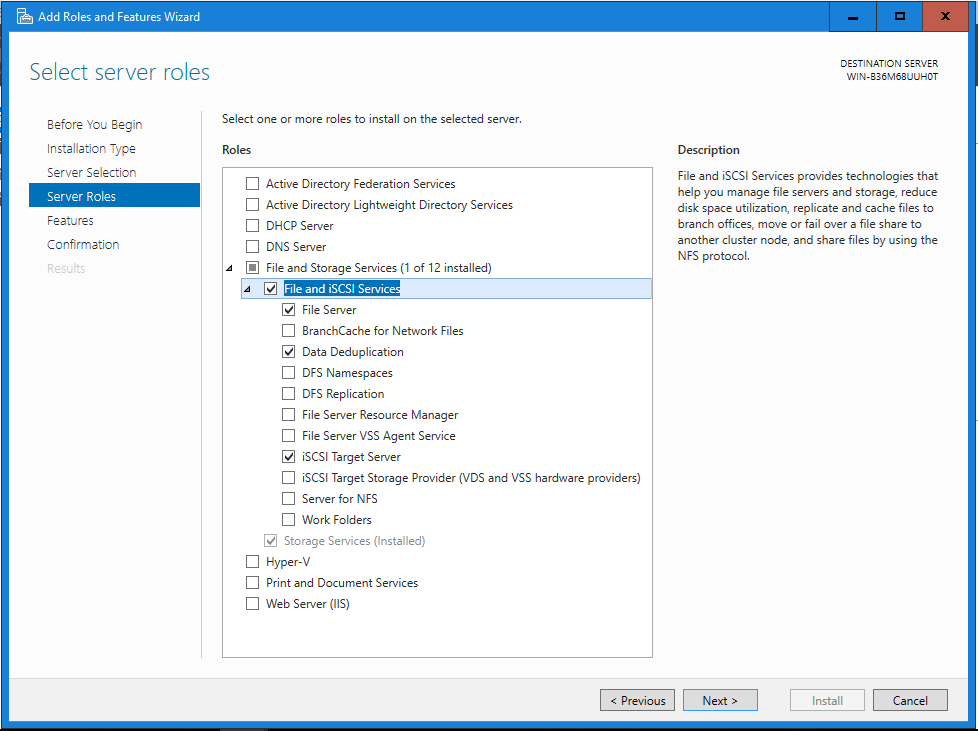 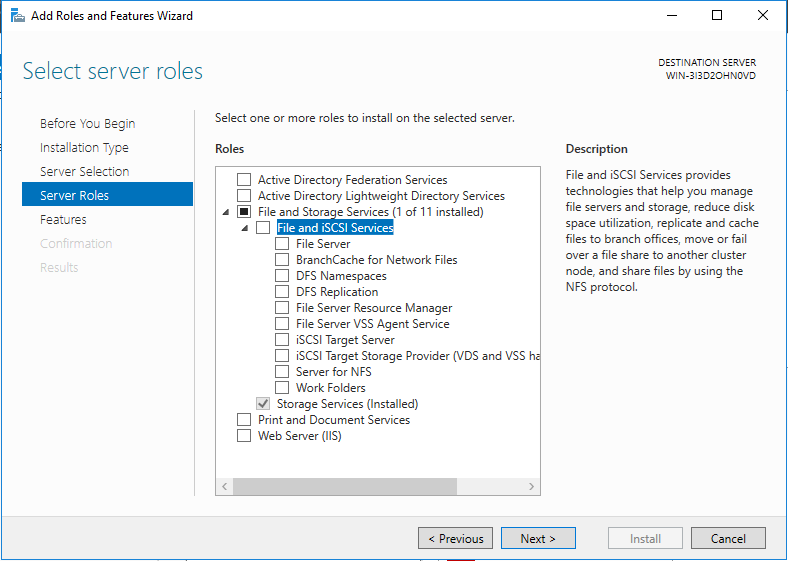 Here is a table with the features and limits: 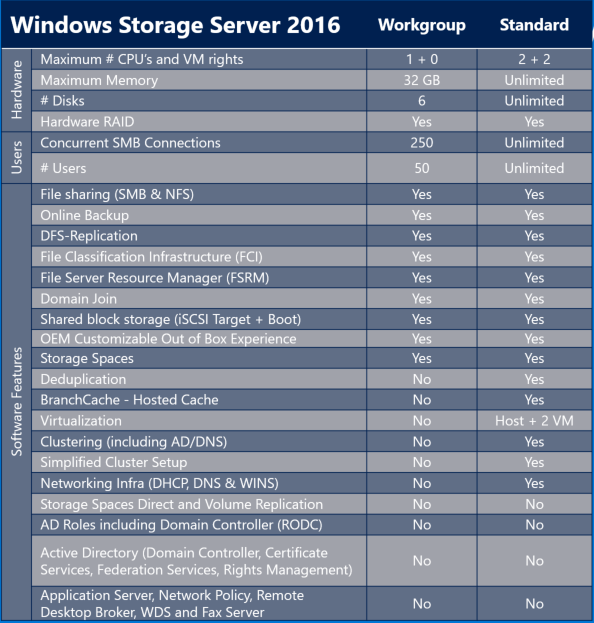 Windows Storage Server 2016 storage solutions will be hitting the market before the end of the year and they are going to have some of the best price to performance ratios available for any storage solution on the market.

Watch this blog for product announcements and links to Windows storage solutions for any size business.