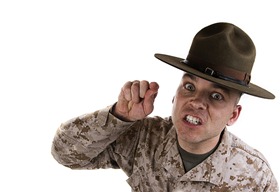 The PDC is the pinnacle of the Microsoft events calendar as far as I’m concerned: it’s the flagship event for developers, offering the most comprehensive, future-looking, technically deep, densely-packed set of sessions from Microsoft speakers you can find anywhere. This year is no exception: we’ve got a great line up and speculation is mounting about some of the new technologies we’ll be introducing. Lots of surprises await and I guarantee that you’ll miss out on some really cool stuff if you’re not there in person. Registration is going faster than we expected and the event is starting to fill up quickly.

The PDC comes off the back of one of the most important product releases for Microsoft in years: of course, I’m talking about Windows 7. We’ve held back on announcing most of the deep Windows breakout sessions so far (stay tuned), but today we’re announcing something rather special: a Windows 7 bootcamp presented by key leaders from around the product engineering team and others who have been deeply involved in the product development process. This will be the single most densely-packed day we can put together on the subject of Windows development: we’ll take a bottom-up approach to our newest operating system, covering everything from kernel changes to new DirectX 11 features like compute shaders and the hardware-accelerated 2D and text rendering engines that will eventually supplant the venerable GDI libraries.

The bootcamp is the day before the PDC itself starts and takes place in the Los Angeles Convention Center.

And the best part is – it’s absolutely free! Normally we’d charge several hundred dollars for a pre-conference event like this, but the Windows team has agreed to sponsor this event to ensure that nobody misses out because of the tough economic climate. You can attend the bootcamp free even if you haven’t signed up for the rest of the PDC (although we’d love you to join us for the rest of the event).

We’ve got limited space, so don’t delay in signing up. See you there!