Windows 8.1 and Visual Studio 2013 via DreamSpark.com

DreamSpark subscribers can download Visual Studio FREE of Charge from either their Institutional DreamSpark ELMS store or direct from DreamSpark.com.

As part of the Cloud OS vision, Visual Studio 2013 enables developers to build modern business applications that take advantage of the cloud and target a variety of devices and end-user experiences, all delivered within today’s rapid and dynamic application lifecycles.

When student download and install Visual Studio 2013 from DreamSpark.com, they will receive a static key to complete the installation. The key simply means the students do not have register or reregister the product every 90 days are per the RTM version..

For administrators and IT technicians the DreamSpark institutional ELMS Store contains a copy of Visual Studio 2013 with a Pre-Keyed serial number this version can be used to install on institution teaching and learning lab machines either manually or via a managed desktop image.

When the student/institutions have installed Visual Studio 2013 on premise, they will get prompted to go an connect online to use online features of Visual Studio a Windows Live ID or Microsoft Account is required. If a student signs in with their WLID this will save there solutions to the cloud.

What are the new features

There are great new features and capabilities in Visual Studio 2013 for every developer, including innovative editor enhancements such as Peek and CodeLens, diagnostics tools for UI responsiveness and energy consumption, major updates for ASP.NET web development, expanded ALM capabilities with Git support and agile portfolio management, and much, much more.  Check out what’s new with Visual Studio 2013 for details. 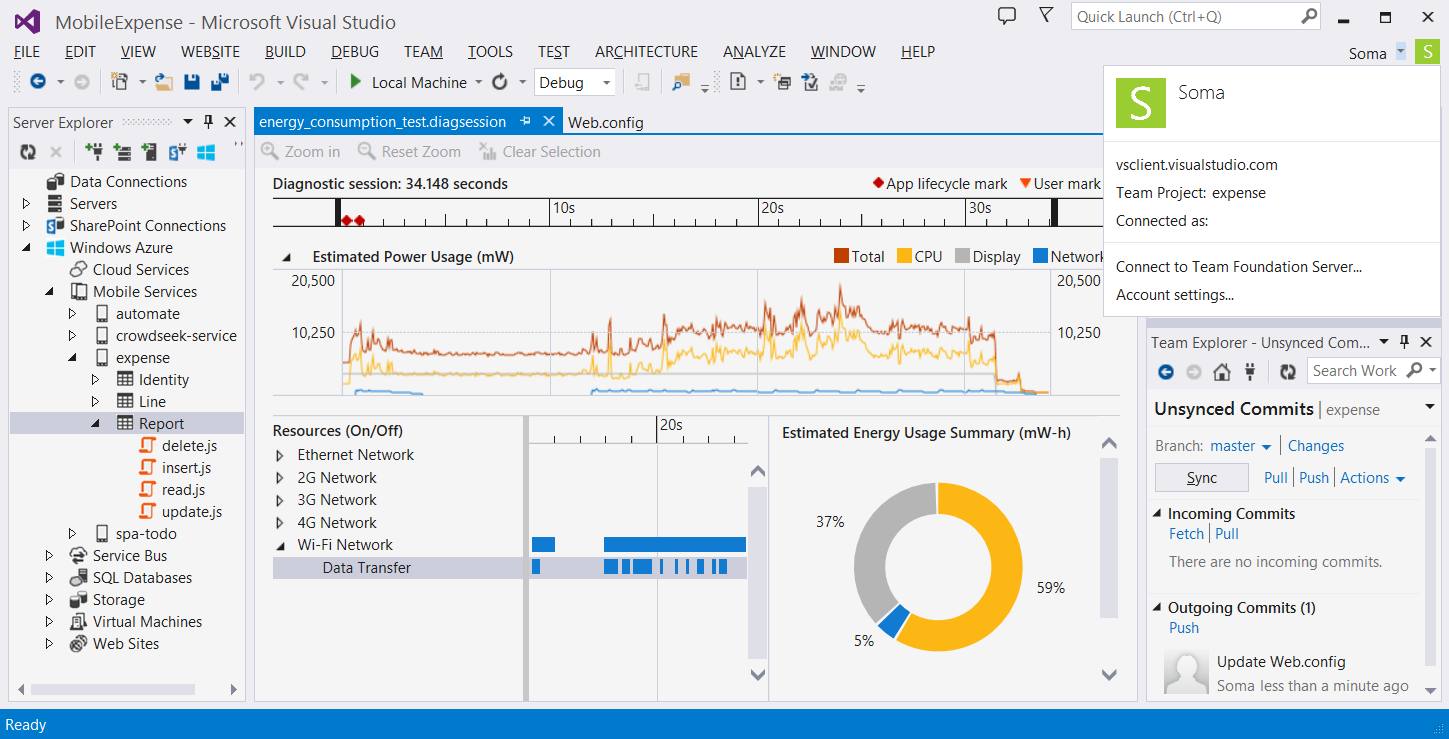 Visual Studio 2013 supports development of great Windows Store applications for Windows 8.1, which is also available for download today  FREE of charge for all  DreamSpark Premium subscribers.