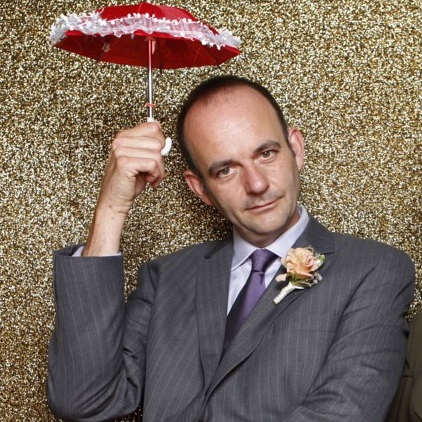 When you use the word Exception it always sounds scary, but exceptions in .NET are far from scary and are much more useful than the old days of returning error codes and error strings.  There’s no excuse for your methods to provide return values which hide the details of why something went wrong.

The myth that exceptions are slow to throw and hog memory have long been debunked.  If they aren’t used as a standard control flow (see item 2 below) then they will only occur rarely and provide vital information on the state of your application.

Here are my top five tips for handling .NET Exceptions.

When you first start programming in .NET you might think that you catch the exception, try some stuff but rethrow that exception if you couldn’t handle it.  Or, you may have defined your own exception class.  It might have looked like the following code.

In both these cases, you will find that the stack trace provided with your exception will go no further down the call stack than the method PartialStackTrace .

You really would like a full stack trace, that reveals that the problem exists in DivideANumber (or further down the call stack).

If you are just re-throwing the exception use throw by itself, and the full stack trace is preserved.

If you define your own exception class, provide the exception you just caught as the InnerException in the constructor.  Job done!

This sounds a bit trite, but sometimes you won’t need exceptions as you know there will be times that you will receive data or be in a situation where an exception might occur, and you know how to handle it.

As an example, it is trivial to verify that a key exists in a dictionary prior to attempting to access a value, and save having to wrap dictionary access in a try … catch block.

Similarly, you might want to check for the existence of a file with the same name before an attempt to copying a new file.  This could be gracefully handled by changing the resulting file name and providing the new file name back as a result.

Not only should you not throw exceptions for conditions that are expected to occur regularly, you should also always aim to catch specific exceptions, rather than generic exceptions.  This has become finer grained in C# 6 as it supports filtering using catch ... when and supplying a suitable predicate.

The world of async has given us a few more things to think about regarding exceptions.  The first is that you will be expected to handle the AggregateException much more often than you may have done previously.  This wrapper could be wrapping several exceptions, or just a single exception.  You have to examine the InnerExceptions property to see if there are underlying exceptions which you could handle.

It should also be noted that methods which are decorated with async will not throw exceptions unless you await them.  This can be easy to miss when creating unit tests with mocks and stubs, and can lead to much frustration as tests suddenly fail due to exceptions not being thrown and handled as expected.

5. Don’t rely on exception message content, it could be localised

The above example works fine if the system on which your software runs uses a English language locale, but if it were, say based in Norway the text ‘Sequence contains more than one matching element” becomes

A good solution to this issue is to handle the specific exception but validate that the issue really is more than one item being found.  By counting how many items might be present that match the predicate, we only call CleanUpDuplicates if we actually find duplicates, otherwise we can happily throw as the exception is unexpected.

So that is my top five tips for handling .NET Exceptions.  I hope you can embrace exceptions and the rich data they provide when trying to debug your applications. With libraries such as Polly utilising your exceptions to implement patterns such as Retry and Circuit Breaker, there’s even more reasons to use exceptions in your code to save time and effort.

Liam Westley is an ex Microsoft MVP and Application Architect at Huddle where he works with some of the best .NET developers and UX designers to deliver world class collaboration software. He quite likes working just on the edge of The City as there is some fantastic food and coffee to be had within a few minutes walk.

Liam has worked for chellomedia, GMTV, BSkyB, QVC UK and chellomedia. In his time he created the first in house weather system for Sky News using Visual Basic 1.0, acted as architect for two general election systems, project managed the launch of the GMTV web site, was key to delivering the first interactive television chat service in the UK for BSkyB and helped launch the first live shopping channels in the Netherlands.

Liam has a blog at https://blog.liamwestley.co.uk and https://medium.com/\@liam.westley and can be found on twitter at @westleyl.