In VSTS2010, when a user records a Web test using Web Test Recorder, the recorded session result, including those for the dependant and redirected requests, is saved and can be loaded into the Web Test Result window later. So if the playback fails, for example, due to correlation (dynamic parameter detection) issues, a user can always compare the recorded result and the playback result side by side.

In the following example, the recorded Web test contains three requests. The first one is a non-redirect request and does not contain any dependant, the second one is request that is redirected twice, and the third one is redirected once and the redirect contains some dependant requests.

To load the recorded result in Web Test Result window, a user can run the Web test till completion and click on the Recorded Result button on the toolbar. 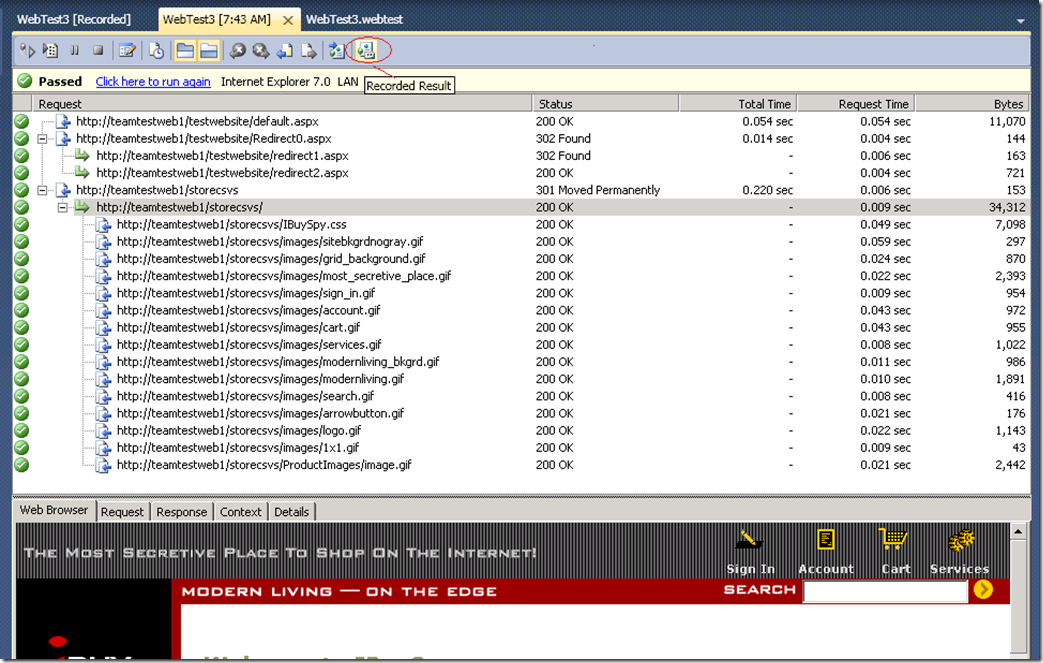 Below is the screenshot of the recorded result. 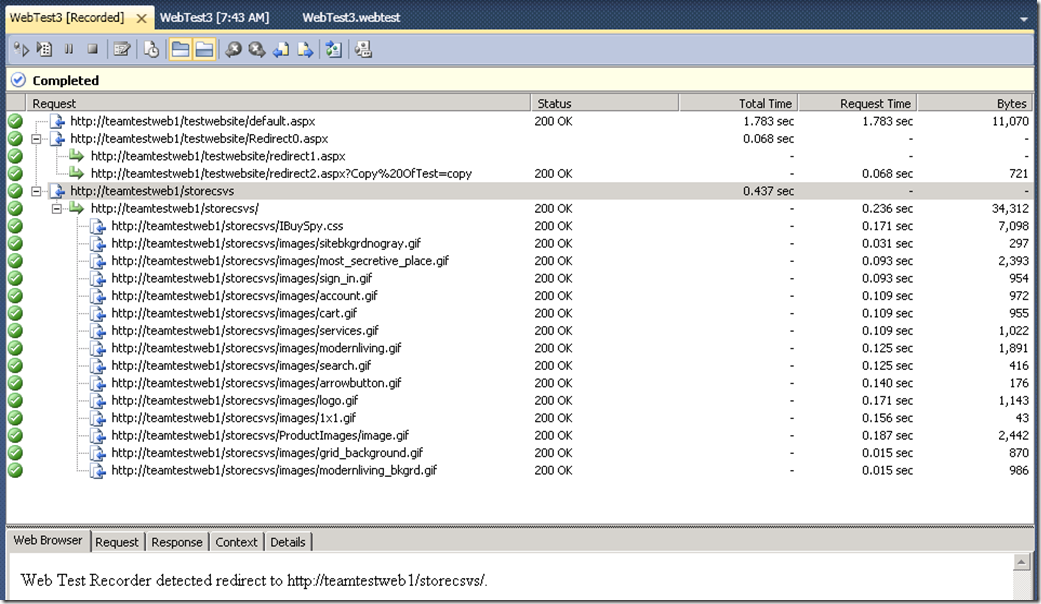 In the launched Recorded Result window, not only can a user view the recorded details, i.e. headers, cookies, query string parameters, post parameters, and the response for a selected request, the user can also perform a search or go to the recorded Web Test. With VSTS2010, only the first recorded session result will be saved at the end of recording.