This reference architecture illustrates a logic app that's running in Microsoft Azure, which is triggered by Azure Spring Cloud. It then connects to on-premises resources such as Microsoft SQL Server and Microsoft SharePoint Server. 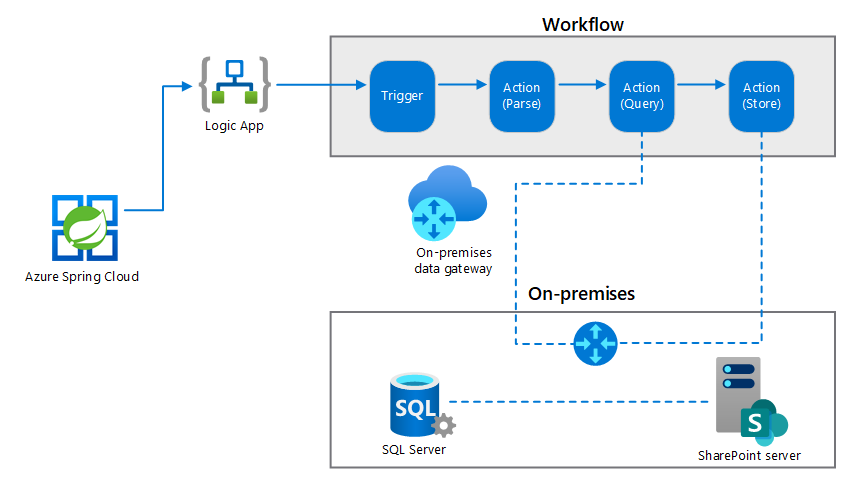 The architecture consists of the following components:

An on-premises data gateway can be used with more than just Logic Apps. It's possible to use the same data gateway installation with: