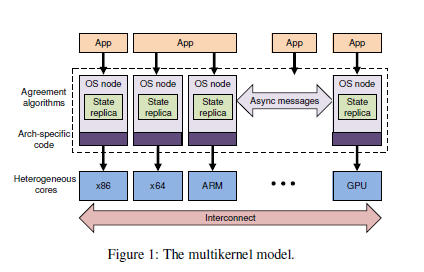 Barrelfish isn’t a new project; Microsoft Research and ETH Zurich, a university focused on science and technology, have been working on it since at least 2007. But on September 14, the team released an early version of the operating system for those interested in testing it.

According to the Microsoft Research Web site, Barrelfish is one of a number of projects in which Microsoft is involved in the multi/many-core space. Here’s the description of the project:

“We are exploring how to structure an OS for future multi- and many-core systems. The motivation is two closely related hardware trends: first, the rapidly growing number of cores, which leads to scalability challenges, and second, the increasing diversity in computer hardware, requiring the OS to manage and exploit heterogeneous hardware resources.”