The high level set of changes is listed below. For me #2 and #3 are golden, but be sure to drill down to find out the details... like async streaming support! 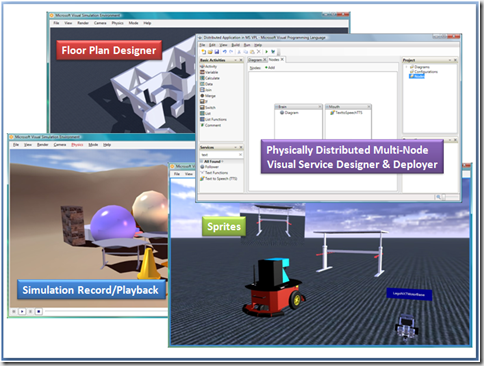 The folks who attended the conference also saw some videos from my new project. CNET references it in the article - "Microsoft's new gig: Virtual host to robot competitions".

Outside of this, mum's the word until the clock at www.robochamps.com hit's 0's across the board.

By the way, in addition to RoboChamps, Marc also planned and built Tafiti – the guy is smart!

For further information, you can also check out: