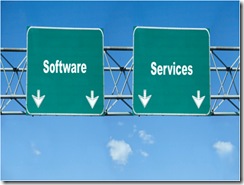 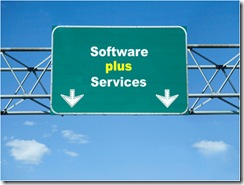 We are about to announce our next ISV Innovation Day road show across Australia scheduled for the end of November 2008.  The main theme this year is Software plus Services, which I’m sure won’t surprise many of you.  We’ll be using content from the Professional Developers Conference (PDC) which is in LA at the end of October and whilst we’re waiting for the slide decks Craig Bailey from Elcom has been window shopping at the agenda tags:

“…Six sessions on Oslo (ie BizTalk) and seven on Parallelism should tell you something about the focus Microsoft is giving them. But 27 on Cloud services is the real give away. The buzz around Cloud, Identity, SQL Data Services and the Live/Mesh platforms is very high.”

Our Delicate Genius and Dave Glover are both attending PDC and will hopefully redeliver all the juicy content from the conference.

I’m really interested in what you want though, so in what is slowly becoming a tradition, please use this poll or leave a comment to help us create the agenda.

If you can’t make it to PDC, then try and attend another one of the Microsoft technical conferences in the diary as it’s going to be the year of big announcements.  Just as the PDC is focused on the future of the Platform and technical strategy, there’s the world wide annual Tech-Ed Developers Conference (3-6 June in Orlando) which offers in-depth technical training on our current products.  Then there’s the annual MIX Conference (18-20 March 2009 in Las Vegas) which is aimed at developers, designers and business decision makers who build next generation consumer web sites.