Trying out Docker for Azure (Beta)

Docker for Azure lets you quickly setup and configure a working Docker 1.12.1 swarm-mode install on Microsoft Azure. Currently it's in private beta. You can Sign Up to get access. Once you get the access you would get an email with instructions on how to set it up. It is simply an ARM template which uses the white listed VM Images for the manager and the worker node cluster. Let's see how it works.

Once you have the access email, click on the "Deploy to Azure" button in the email, this would initiate the ARM deployment. You need 2 things before starting the deployment: 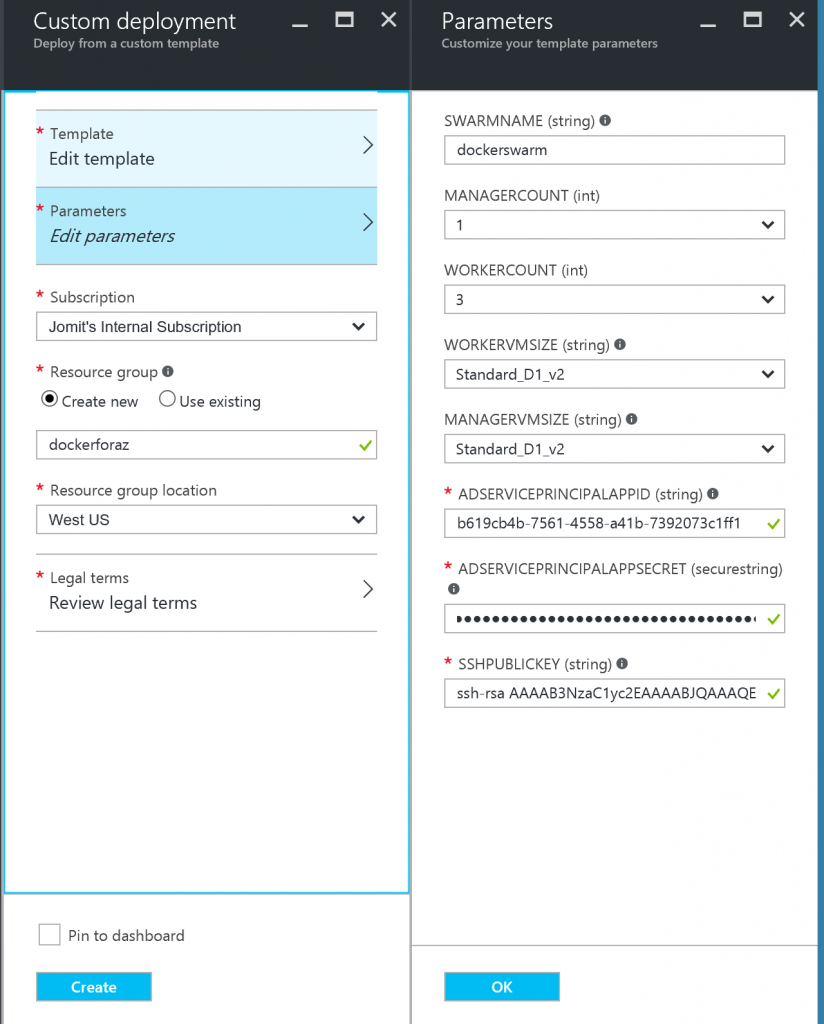 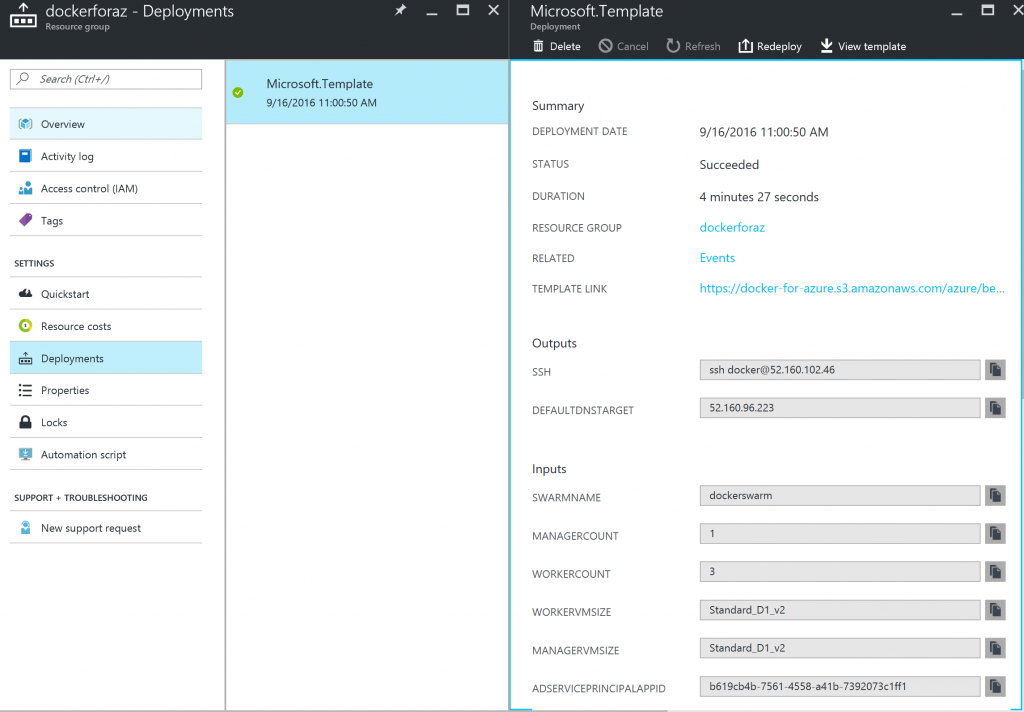 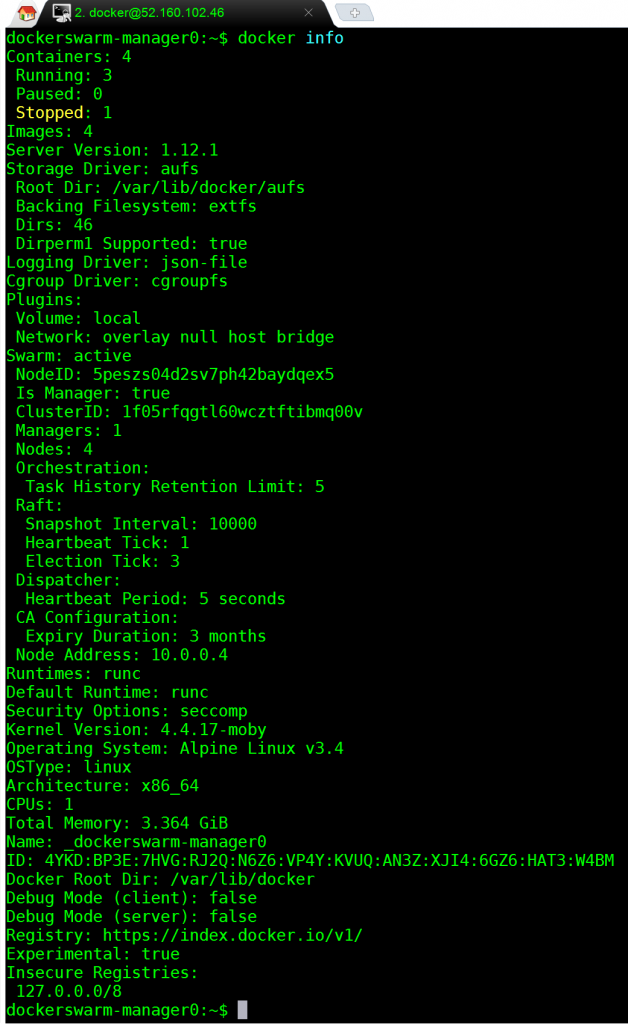 Now let's deploy a sample application like the example voting app. In order to deploy the app, first we need to create a bundle from the compose file, which has some prerequisites so let's go through them step by step.

Step 3) Change the docker-compose.yml file as shown below. (Note:  the image names should match with your Docker repository names) 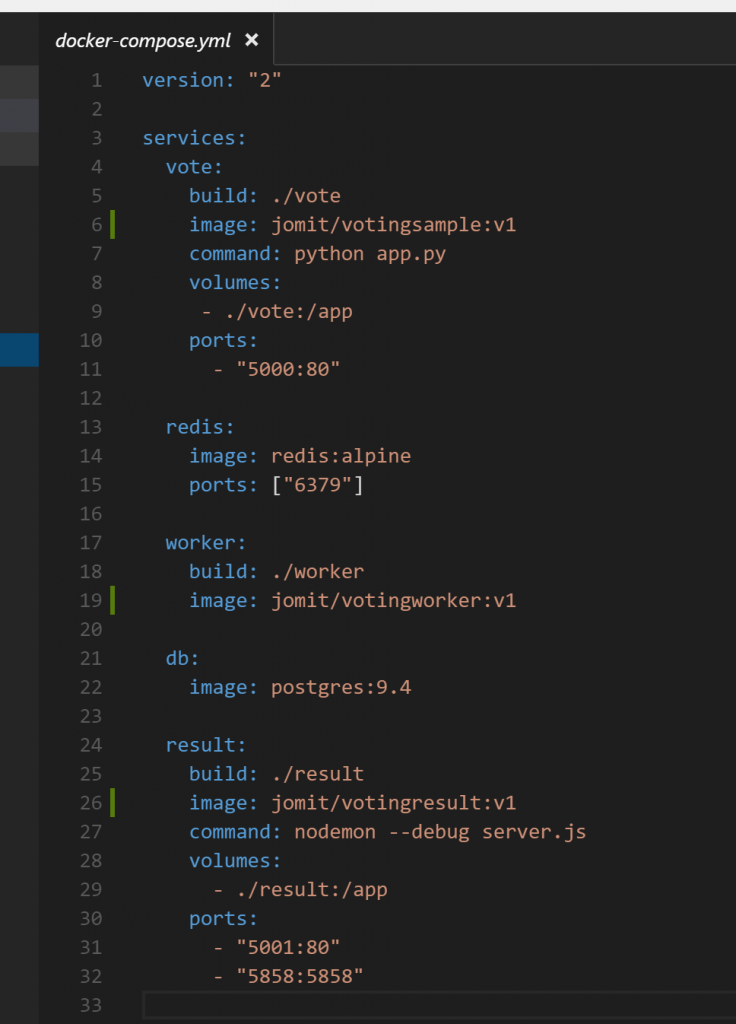 Step 5) Copy the "examplevotingapp.dab" to the manage via scp.

Step 7) Add the port mappings for each service and list the services:

Finally, browse the Voting and Result App using the 'DEFAULTDNSTARGET' IP from the Deployments "outputs" section. 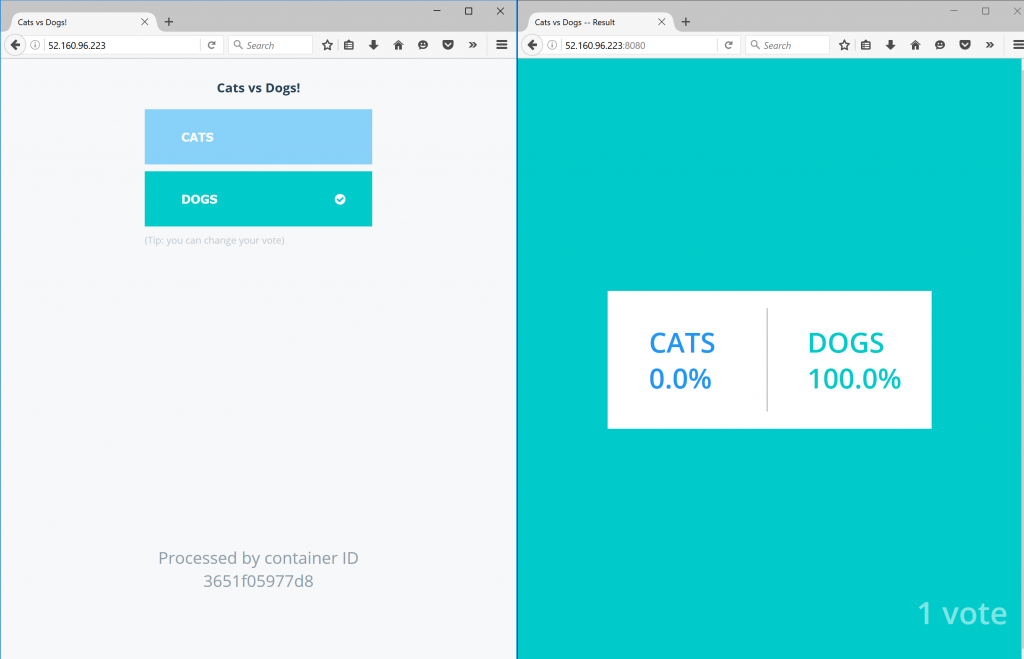 If you have any issues in the result app. Try scaling down the services to 0 and then scale them up again to 1 with db and redis first and then the others..