Recently we encountered an issue using a Multidimensional Model where ROLAP and proactive caching were enabled on one of the partition. The notification was set to SQL Server table to track the changes and refresh the cache.

Before the changes SSAS DB:

SQL Profiler : I could see the notification query is getting triggered:

No notification seen in SSAS: 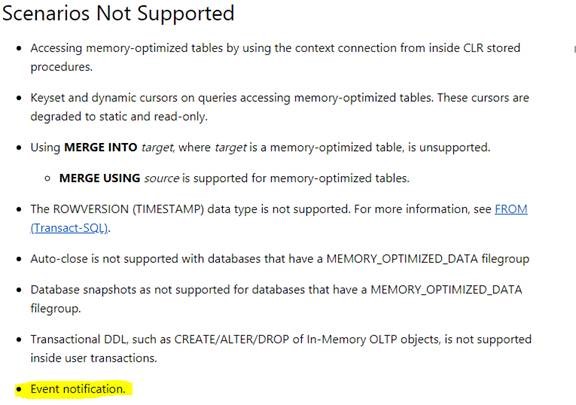 Proactive caching with SQL server set for notification doesn't will not work for in-memory tables in SQL server. This is a limitation from the SQL side itself.