Please test your SSRS reports after an update patch has been applied to ensure that the reports are functioning as they should be. 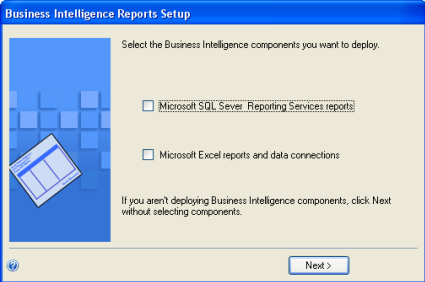 In this window, you have the option to deploy Microsoft SQL Server Reporting Services reports and Microsoft Excel reports and data connections.

When launching Microsoft Dynamics GP 2010 Utilities R2/SP2 or later, which includes the updated deployment model for the SSRS reports, the application will compare the contents of the sySrsReports/syExcelReports and syDeployedReports tables which are located in the DYNAMICS database. If there are objects in the sySrsReports that do not exist in the syDeployedReports table or if the build number has been incremented with a new version of the report it will automatically deploy those missing/updated items.  It looks to the SY40800 table (Reporting Tools Setup) which is in the DYNAMICS database as well to see if the site information has been populated.  This gets populated when the appropriate url’s or paths are entered within the Reporting Tools Setup Window within Microsoft Dynamics GP.