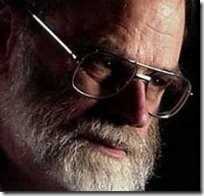 Today Microsoft Research announced the availability of the book - The Fourth Paradigm: Data-Intensive Scientific Discovery.  The book focuses on the change of all sciences moving from observational, to theoretical, to computational and now to the 4th Paradigm – Data-Intensive Scientific Discovery.  This is based on Jim Gray’s insights captured via his final public talk to the National Research Council on Jan 11, 2007. This is truly a legacy of his work.

The book is available from the web and is released under a Creative Commons license.

I feel fortune to have been able to contribute the introduction to the Earth and Environment section -  I had many discussions with Jim on need for balance between data and computations, and the need to make scientific exploration through the use of computing technologies much easier for scientists.  I had also “borrowed” many of Jim’s slides to discuss the change to the upcoming fourth paradigm, he made the points so succinctly – there was no need for marketing fluff.

The speed at which any given scientific discipline advances will depend on how well its researchers collaborate with one another, and with technologists, in areas of eScience such as databases, workflow management, visualization, and cloud computing technologies.

In The Fourth Paradigm: Data-Intensive Scientific Discovery, the collection of essays expands on the vision of pioneering computer scientist Jim Gray for a new, fourth paradigm of discovery based on data-intensive science and offers insights into how it can be fully realized.

Praise for The Fourth Paradigm

“The impact of Jim Gray’s thinking is continuing to get people to think in a new way about how data and software are redefining what it means to do science."