Resource files have the extension .resx and are stored in folders matching the culture. Once compiled, .resources files are created. These are binary representations of the .resx files. Once the satellite assembly is generated, the resources will be stored in a .dll file. 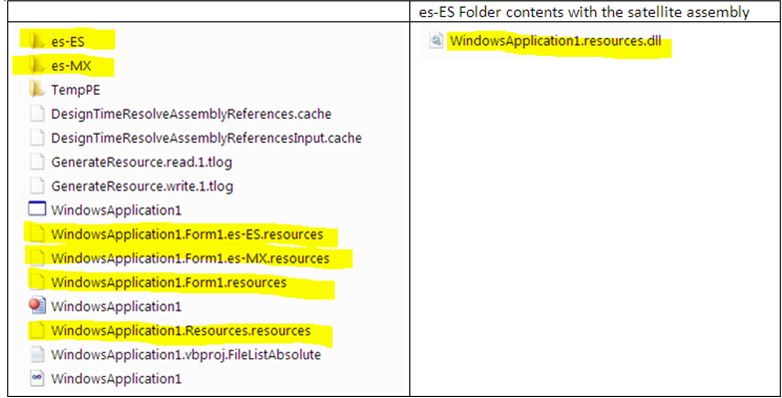 The ResourceManager class allows applications to load resources from the satellite assemblies, and the default behavior is that it does so according to the CurrentUICulture setting. Note that the culture can only be known at runtime. If the application cannot find the desired resources, the fallback process will find the appropriate resources by searching the hierarchy of cultures looking for an appropriate fallback resource that most closely matches the request.

You can use the Language property in the Windows Form designer to trigger the generation of non-default cultures via .resx files. For example:

To associate a culture with the default binary resource, you need to set the NeutralResourcesLanguageAttribute property in the AssemblyInfo file (this file is automatically generated and contains the build information for the project).

Another alternative is to use resgen.exe, which gets installed with the Windows SDK, and does the following:

If your plan does not involve localization and you still want to embed resources (e.g. image files) into an assembly, set the Build Action property to "Embedded Resource" by

During deployment, the satellite assemblies will be placed in folders matching the name of the culture containing the assembly.